What it’s like growing up with a mentally unstable parent 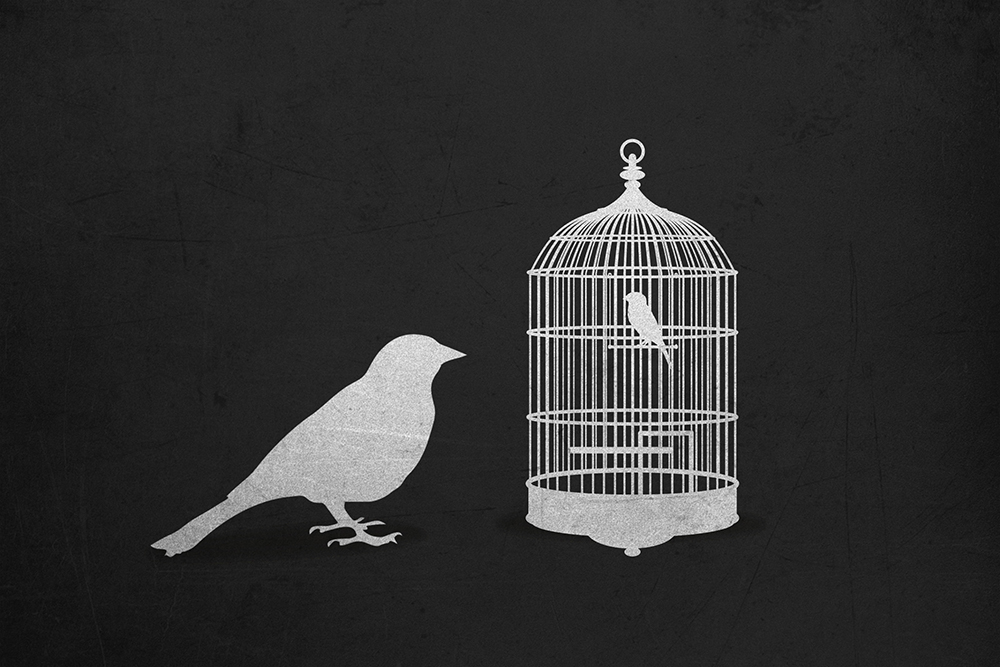 KARACHI: When I was in grade 10, all my school friends knew to not invite me to their birthday parties. Not because I was unpopular but because everyone knew that my mom would never allow it. Initially, I would feel anxious at receiving invites, simply because other people wouldn’t understand why I couldn’t go to a harmless day lunch at someone’s house. “Let us speak to her,” they’d say and I’d be frightened at the thought. No no, that would simply make it worse. She will explode at the idea of being asked, let it be.

Read: How to help someone with depression

My friends eventually concluded that I had a very strict mother who didn’t allow me out because she wanted me to take my life seriously and pay attention to my studies. But that wasn’t the reason why going out with my friends was always a thought I could only dream about and occasionally indulge in once in a blue moon. The real reason was because my mother was highly suspicious of everyone and everything around her. She was always preparing herself for the worst possible outcome: I could be killed, raped, kidnapped, or hurt in some way, or I would do something she didn’t approve of, like smoke or do drugs, drink, be sexually intimate with a boy, or run away from home.

This suspicion seeped in to other very mundane things too and that’s when it became unhealthy. If I slept more than usual, something must be; what was I doing the night before? Why did my stare linger at that stranger longer than it was needed? Do I have a secret relationship with him somehow? Why did that stranger smile at me? Was I talking badly about my mother to my friends? Did I shut the phone on her face on purpose or did it happen accidentally? Why did the phone go unanswered, what was I really doing at home alone that the food was not put in the fridge on time? Why am I smiling while listening to music; what sick thoughts must I be entertaining? All these suspicions were met with violence and aggression.

And then the bigger things – Did I love my mother or not and was I actively trying to hurt or betray her on a daily basis? Nearly 30 years later, this is a suspicion that has still stuck around with me. Growing up, I tried everything to make my mother happy. I paid attention to my studies, didn’t drink, smoke or party; had no boyfriends, was always home and in bed on time. I wore what she wanted me to wear, said things she wanted to hear, all in a bid to prove to her that I did love her and wasn’t going out of my way to hurt her. But no matter what I did, my mother was always suspicious of my true intentions.

And that’s where the problem lay because it wasn’t just that my mother didn’t believe me, she had no compassion for people around her. She got angry if I fell sick or fractured my finger during a basketball match, for instance. She’d get mad if I was sad about my father’s alcohol problems. She was oblivious to the affect her violence was having on my siblings and I, and our mental health. “You guys have no problems then why are you ‘depressed’, ” is something I heard my whole life while growing up.

Living with someone who for no rational reason believes that you are plotting to hurt them is emotionally draining. And of all the ways in which my mother’s mental illnesses manifested themselves – uncontrollable rage, self-harm, pathological lying, physically and verbally abusive behaviour – it was the sheer suspicion that was the worst quality to deal with.

I say illnesses because we were never able to get her condition diagnosed. It could be schizophrenia or a borderline personality disorder. It could be due to the continuous use of harmful prescription medication that has now created an alternate reality in her brain. Because we never realised our whole lives that she was mentally unwell and till today, we still haven’t been able to confront her with this reality. Whenever I’ve come close to telling my mom that she needs help, I’ve been met with utter denial and harmful behaviour, like being physically attacked or being blocked out of her life, with her refusing to see me for weeks.

But for the purpose of understanding her condition a little, let me elaborate. Because of her illness, my mother creates grand delusions in her mind; for example, she’s convinced that something or someone is out to harm her. Through the course of her life, her delusions kept changing. When we were younger, she simply believed the worst in people, causing her to fight and fall out with a lot of people in our lives. However, recently, her delusions make her believe in supernatural beings following her, or that she’s being followed and observed by the government. Other times, she believes she can see the future in her dreams. One day, she woke my sister up in the middle of the night, convinced that someone was hiding in her bedroom ceiling.

Growing up, I was also required to apologise a lot. Not just to my mother, but to other people in our lives who were affected by her behaviour. School teachers, principals, people she worked with, relatives, our bosses, her bosses. Unfortunately, because of her illness and heightened sense of paranoia, she wasn’t able to maintain relationships for too long and most of her interactions ended badly. This was largely due to the self-created conflicts inside the confines of her mind that didn’t really exist outside of it.

What does a parent’s ailing mental health do to a child? It causes mental health problems in the children as well. Over the course of our lives, my siblings and I suffered from low self-esteem, anxiety and depression, self harm, drug abuse and other various destructive coping mechanisms to overcome all the trauma. All these years later, we’re all still struggling to be okay.

I say all this not to demonise my mother or her mental illness, but instead to shed light on how mental health problems don’t just affect the sufferer but all the other people around them. It should be okay to talk about all this but it still isn’t.

It’s taken me 30-ish years to talk about it with other people, but I’m still figuring out how to convince my mom that the world isn’t out to get her, she’s simply unwell.

The author chose to remain anonymous