Angaray, a compilation of short stories, challenged religious and social norms of the subcontinent 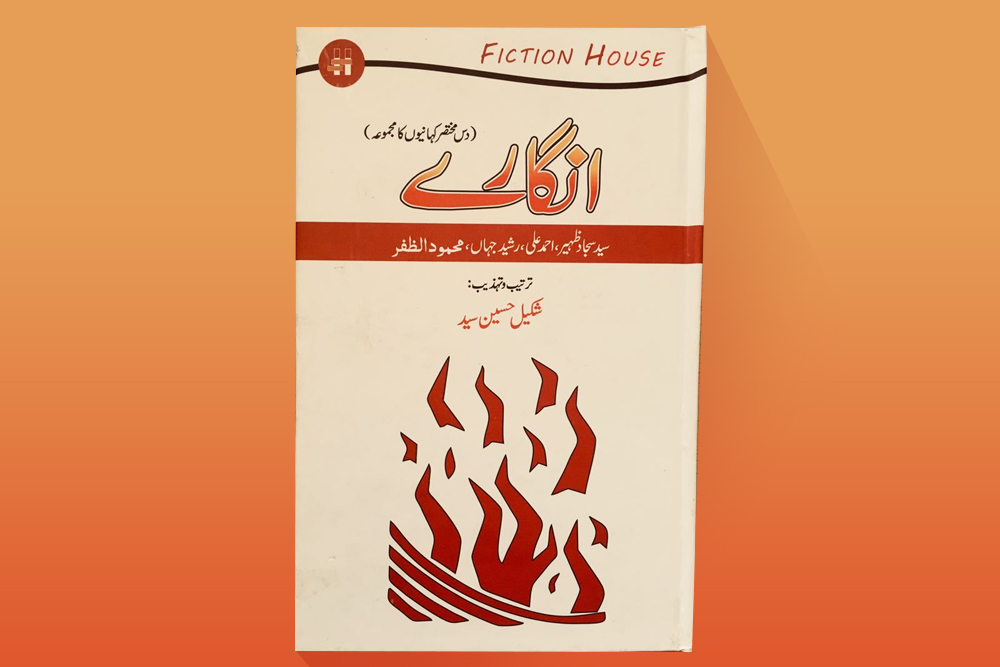 The book is available at all Fiction House outlets across the country.

KARACHI: In 1933, the Urdu literature landscape was going through an evolutionary change with the induction of progressive writings that challenged social inequality and religious orthodoxy in colonised India. As a result, an Urdu book was banned by the then government in pre-Partition India a few days after its publication following protests and severe criticism.

Eighty-five years on, the book will see the light of day – again – in Pakistan.

Angaray, is a compilation of Urdu short stories, by Sajjad Zaheer, Ahmed Ali, Rashid Jehan, and Mahmudul Zafar, all of whom were widely recognised for their progressive writings.

While it might cause controversy again, the book’s publisher, Zahoor Ahmed Khan of Fiction House, believes that someone had to take the initiative and publish it for readers who had long been asking for it.

On why it took so long for the book to get published again, Khan told Cutacut, “People still fear that its publication will not be welcome here.” He added that an old publication house which could have resumed Angaray’s publication did not take the initiative because of the reaction it received the first time.

The book was banned by the government of the United Provinces under Section 295A of the Indian Penal Code, because Angaray had “deliberate and malicious intention of outraging the religious feeling of any class of His Majesty’s subjects”, according to Scroll, an Indian publication.

In one of Angaray’s short stories Jannat Ki Basharat,  Zaheer writes about how an aged maulvi marries a young girl and fails to quench her sexual urges. In another story  Jawanmardi, a male character is pressurised into proving he can make his ailing wife pregnant.

In this publication, the editor has also included various news clippings of from the 1930s when the ban was imposed. The reports include both denunciation and appreciation of the book.

Angaray is a must read for people who like short stories imbibed with questions directed towards social stigmas and inequality. The book is available at all Fiction House outlets across the country.