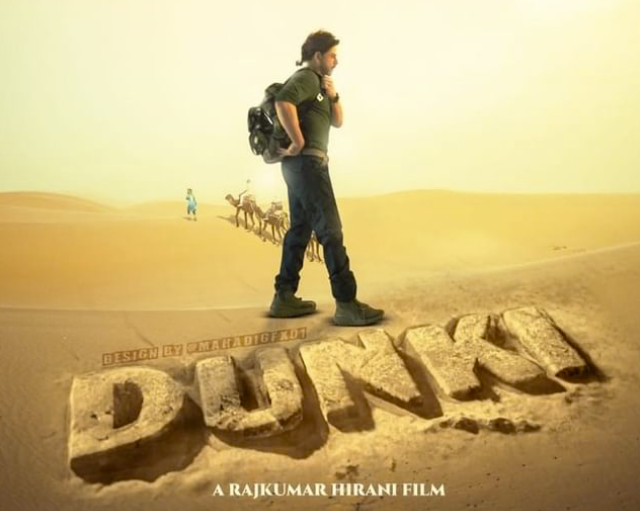 KARACHI: Shah Rukh Khan fans rejoice! The King of Bollywood just announced his new project in collaboration with ace director Rajkumar Hirani. Hirani is known for some of his blockbuster movies which include PK, Sanju and Munna Bhai and so it makes sense for there to be high hopes for the new project. However, fans might have to wait a bit since the new Shah Rukh Khan movie Dunki will bypass the year 2022 and instead will be released the year after.

The new movie is a co-production between Mukesh Ambani’s Jio Studios, Shah Rukh Khan’s Red Chilies Entertainment and Hirani’s Rajkumar Hirani Films and will star Taapsee Pannu. The teaser starts with Khan admiring Rajkumar’s movies and then asking the director if there is any project for him to work on. Shah Rukh Khan gets visibly excited at the prospect of a new movie and asks if the new project will be both funny, have a romantic element and will be emotional while the director assures him that it will. Rajkumar even pokes fun at Khan’s signature pose. However, as the teaser goes on, Khan is taken aback when he is told the name of the movie which he hears as donkey instead of Dunki.

Khan also shared his excitement at working with Hirani Rajkumar in his caption. He joked about how he would show up to the set on time and would even just live on the set if it meant getting a chance to work with the director. He even shared how he was, “Feeling humbled and excited to finally work with you. Bringing to you all #Dunki in cinemas on 22nd December 2023.”

While 2022 might not be the year for Shah Rukh Khan and his new movie, 2023 is definitely going to be exciting with Dunki and Pathaan hitting cinemas!