The best of Aamir Khan 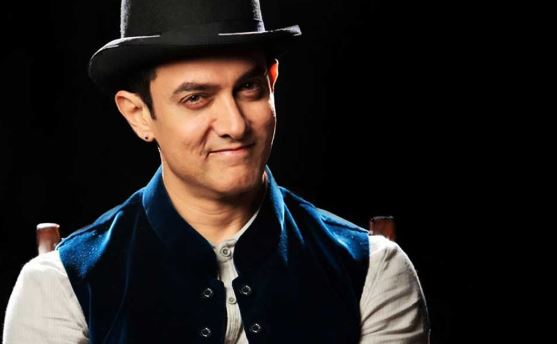 KARACHI: One of the gifts that Bollywood has given film enthusiasts over the world is that of Aamir Khan’s talent. The 57-year-old actor began his journey with the 1988 film Qayamat Se Qayamat Tak. 34 years down the line, fans still get excited every time the actor announces a new film. On the occasion of his birthday, let us look back at some of our favourite Aamir Khan movies and exactly why we love them.

There is something about films from the 90s. The simple yet engaging storylines, dialogues that became a part of our conversations, seeing our favourite actors in their youth. Khan’s 1992 film Jo Jeeta Wohi Sikandar has all of these factors. The film makes us want to be in love while also teaching us about patience and perseverance. And how can we ever forget the song 'Pehla Nasha'? Regardless of how much time passes, the track will also give us the feels.

If you are a cricket fan (which you have to be if you are South Asian), you simply cannot forget this movie. The 2001 release redefined cricket and the fight against the British for many of us. Still quite young, we saw Aamir Khan combine innocence with passion and commitment for the role of Bhuvan. To produce a masterpiece with close to no props in a rural setting is no easy task yet, the cast of Lagaan made it seem that way.

2001 was also the year that we saw Khan in another lovable avatar. For Dil Chahta Hai, Khan stuck to the role of a young, carefree individual who simply wants to enjoy life. Akash is someone who made you laugh each time he appeared on screen. The story is about three friends but Akash’s character also goes through a journey of his own. His life experiences were relatable for many young people who look up to the actor. Not to forget the iconic song ‘Koi Kahay Kehta Rahay’ which so many of us continue to sing our hearts out to.

Yet another film that combined Khan’s charming personality with a character that was determined was the 2006 film, Rang De Basanti. This film definitely let the tap open with the waterworks. What begins as a story of a group of friends living their best lives ends up in a pool of blood and tears. The film is about patriotism but also contains lessons on life, love, friendship and loss. Definitely heavy on the chest, the film is one of Bollywood’s finest works yet.

Speaking of films that made us cry, Taare Zameen Per from 2007 definitely makes it to the list. Addressing dyslexia, the film leaves ample room for parents and society to self-respect and make way for children who are different. In Eeshan, we all see some part of ourselves that went unheard or unacknowledged as kids. In Khan’s character we see how much of an impact teachers have on children. The film also teaches us about kindness and patience, specially when dealing with children.

Here is to celebrating Aamir Khan as an artist not just on his birthday but throughout the year as well!