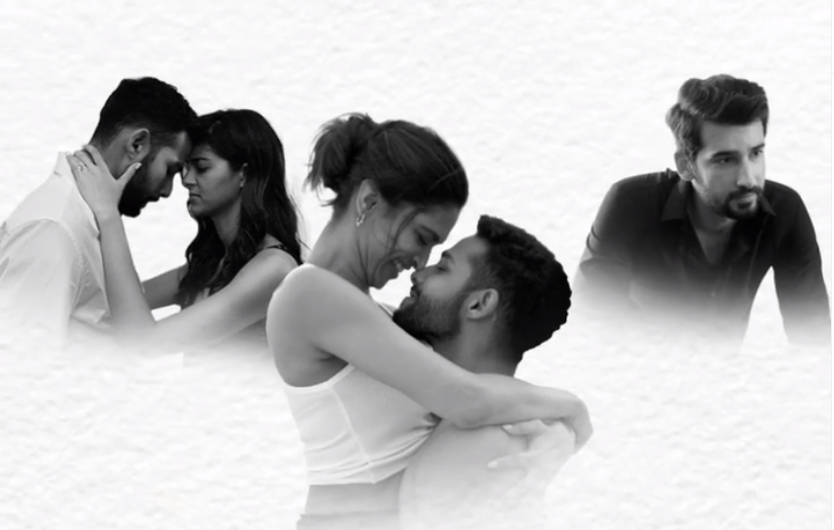 KARACHI: Deepika Padukone is one of the Queens of Bollywood. Be it her personality, physical appearance or talent, the actor adds beauty to every project that she is a part of. Naturally, fans were excited when it was announced that Padukone was going to star in Karan Johar’s next, Gehraiyaan. Siddhant Chaturvedi, Ananya Panday, Dhairya Karwa and Naseeruddin Shah were also roped in for the project. However, the film turned out to be a major disappointment for many when it finally released on Amazon Prime on February 11. Scrolling through social media, one will rarely find a positive review about the movie, making us wonder, where did Gehraiyaan go wrong?

The trailer looked promising. Songs like ‘Gehraiyaan’ and ‘Doobay’ had audiences hooked to the music prior to the film’s release. Padukone’s character promised to be a complex one with the actor delivering her best as always. So then where did the film go wrong? In retrospect, it seems like each aspect of the film stood out on its own. Yet, when stringed together, the individual elements failed to complement one another.

The story is about two cousins and their respective partners. Alisha (Deepika Padukone) comes from a broken family. Her mother dies of suicide when Alisha is a child, something that she blames her father for. A yoga instructor in Bombay, Alisha works two jobs to keep things afloat while her boyfriend, Karan (played by Dhairya Karwa), is a struggling writer. On the opposite end of the spectrum is Tia (Ananya Panday), whose father not only left her an impressive will and multiple properties, she also has a fiancé, Zain (played by Siddhant Chaturvedi) who is as good looking and rich as she is.

Alisha and Tia were bestfriends as children yet as adults, their lives look very different. Alisha remains distant to most people, except Zain. The two hit it off immediately and begin to develop feelings for one another. One might expect the story to get complicated as Zain and Alisha get together while their partners remain oblivious to it all. However, the movie only loses its plot by each minute.

The movie establishes that Tia and Karan are close friends as well. They recall memories from their childhood often times. Exactly how Karan knows the two cousins since childhood is something that remains a mystery. Are they family friends? Neighbours? Maybe went to school together? All we know is that Karan has been struggling to write a book. And he would much rather make Tia read the draft than Alisha.

Of course, Deepika Padukone brings her A-game to the film, as she does with any other project. But for how long can a single actor carry an entire film? Specially when their character seems unconvincing? Alisha has a troubled past. Her current relationship is struggling and her financial position is not the strongest. Yet, audiences yearn for greater depth to her character. Alisha speaks of her mother and how unhappy she was numerous times. But exactly why she was unhappy enough to want to end her life remains unclear. Alisha wishes to have a life different than her mother’s yet we are barely given a glimpse into what the latter’s life looked like in the first place.

Ananya Panday has been at the receiving end of many jokes and taunts ever since she began her acting career. Seen as a product of nepotism and not being the most powerful actor Bollywood has to offer, little was expected of the 23-year-old this time as well. However, Panday delivers what is required of her character (which is not much to begin with). She fits well into the role of a naive girl who is gaslighted by her fiancé. At most times, the age difference between Panday and Padukone becomes obvious, making it hard for their characters to look like they belong to the same age group.

OMG just watched #GehraiyaanOnPrime and my mind is completely blown away by the fact that Ananya Pandey's acting is not the worst thing in the movie, it's the plot.

Perhaps the biggest disappointment of the film comes in the form of Siddhant Chaturvedi. After winning hearts in Gully Boy, fans were excited to see him play lead in Gehraiyaan. Chaturvedi was expected to own the screen like he did in Gully Boy. But his performance falls flat in the new film. His character is portrayed as a multifaceted one yet, audiences remain confused about his intentions till the very end. Him abandoning his mother is mentioned in passing while he is meant to be a fraud as well. He is supposed to be the antagonist of the film but how can one hate a character without knowing their purpose in the film?

Chaturvedi struggles to match Padukone’s energy in most scenes. The onscreen couple has close to zero sexual chemistry. Gehraiyaan is one of the first Bollywood films to get an intimacy director yet intimate scenes between Chaturvedi and Padukone fail to convey the couple’s supposed passion for one another. Chaturvedi’s character has a range of emotions scripted for him yet the actor’s facial expressions and tone remain stagnant for most part.

Some might argue that the film opens up conversation about childhood trauma, mental health and the complexity of life. However, at no point in the movie do all of these merge together to convey a moving piece. Gehraiyaan keeps audiences waiting for more, looking for answers, getting lost in the plot. The last few minutes of the movie try to rush through conclusions and make up for the time that was lost earlier. Alisha suddenly learns that she is actually Tia’s half-sister and hence, has the potential to be equally rich. Zain’s business partner somehow helps Alisha get away with murder (an act of self-defense) without authorities so much as batting an eyelid with suspicion. The script comes across as a draft, instead of a finished product. The movie achieves close to nothing. Audiences have nothing to take away from it. The cinematography is impressive. The songs are catchy. Deepika Padukone stands out as always. But what else?