Arjun Rampal has a new look and Twitter cannot handle it

With platinum blonde hair and a new movie in store, Rampal seems to have it all figured out at 48 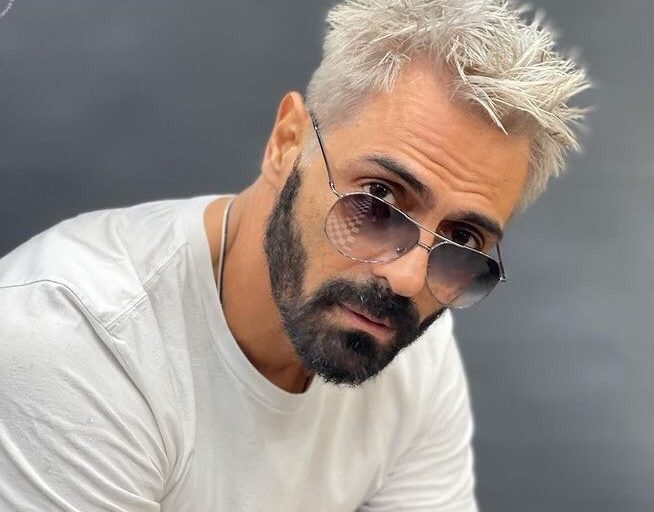 KARACHI: Twitter is an exciting place to keep yourself updated about what is happening around the world. Celebrities, specially, tend to make it to the most popular trends without actually having to do much. Quite a stir was created on Friday night when fans discovered that Arjun Rampal has a new look. Pictures from what seem like a photoshoot were shared on the social media platform which cannot get over Rampal’s platinum blonde hair.

The new look seems to be for his upcoming movie, Dhaakad, in which Arjun Rampal is expected to play the villian. Safe to say, the movie will not be missed out on by many.

Arjun Rampal as rudravir is seems to be deadliest Villain 💥💥💥

The fact that the actor is 48 years old yet looks effortlessly attractive had many talking about him.

how is he 48 years old and looking like this pic.twitter.com/NzKR8oddQ8

Since the pictures made their way to the internet, Rampal has been compared to pretty much everyone. Greek Gods, Adam Levine, Prince William, MS Dhoni, Zayn Malik, no one seems to come close to the Bollywood actor.

Dhoni at 38 vs Arjun Rampal at 48. pic.twitter.com/DlwemCnwbY

Zayn Malik who??? Arjun rampal is the real daddy 😭 pic.twitter.com/sjaC3ATZkg

Of course, other Bollywood actors were not going to be spared from the honour of being compared to Arjun Rampal. And if you are a Bollywood actor with the same first name but not nearly the same appearance, things don’t look too bright for you.

When life gives you Arjun, be a Rampal not Kapoor pic.twitter.com/sUeCat9L3o

Arjun Rampal seems to be ageing backwards and some Twitteratis plan on using that as a standard for their own fathers.

next time my dad compares me to the other kids of my age, i'll make sure to remind him of arjun rampal at his age

That’s right, all kinds of jokes related to dads were made…

No wonder why they casted Arjun Rampal in the film ‘Daddy’🥵❤️‍🔥

Where's the petition to make Arjun Rampal a sugar daddy?

Meanwhile, this is the tweet that we relate to the most.

Arjun rampal at Me at 21
48 pic.twitter.com/RxAq8qOe5M