A Pakistani immigrant, the murder victim was an Uber Eats driver in Washington DC 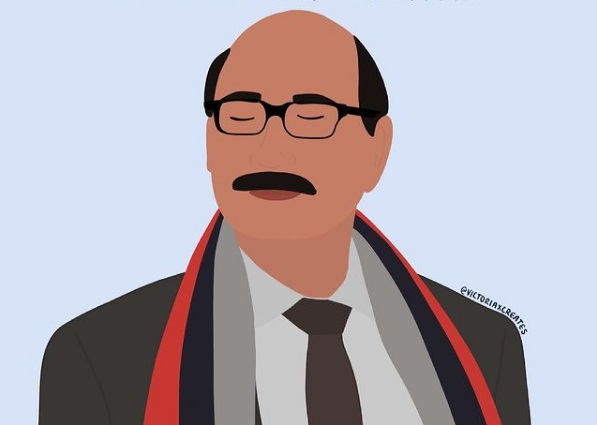 KARACHI: A heartbreaking footage of the brutal murder of Mohammad Anwar has come to light recently. The deceased was an Uber Eats driver, who became a victim of a carjacking at the hands of two teenage girls, 13 and 15, who assaulted him using a stun gun. Upon resisting to let go of the car, with Anwar telling all the bystanders, “this is my car”, the person on the passenger seat took control of the steering wheel ramming the car into a lampost from Anwar’s side as he clung to the edge of his Honda Accord. The vehicle only came to a stop after the collapse. The incident took place in the Navy Yard area of Washington DC. At the age of his passing, Anwar was 66 and had moved from Pakistan to America for a better life.

Mohammad, Anwar- a frontline HERO was killed in an attempted car hijacking by 2 teenage girls

This 66 year old man immigrated from Pakistan to America for a better life for him and his family. He was killed in the Navy Yard area of D.C while delivering Uber Eats.

The incident has left the entire subcontinent in shock because Mohammad Anwar is someone to whom many immigrants from our part of the world can relate to.

Mohammad Anwar's death hits home for a lot of us because his story is the same as our fathers' stories. The sacrifices they went through to make ends meet is something we are all familiar with. We're able to empathize because this could have been our own Baba.

What happened to #MohammadAnwar is a nightmare for any Muslim daughter.

So many of our immigrant parents are working self-made small businesses & side hustles just to provide for their families. To imagine a father not returning home over a food delivery is devastating.

The brutality of the incident does not only restrict itself to the murder, it also projects itself in the way all the bystanders showed apathy to Anwar’s call of distress when his car was being hijacked.

Imagine coming to a country for a better future and trying to make ends meet with your job only to be senselessly murdered. Can’t imagine how helpless Mohammad Anwar must’ve felt in his last moments, as the bystanders stood there being useless

Mohammad Anwar was a law abiding, productive member of society. He was murdered while trying to do his job. George Floyd was a violent felon who died while high on drugs and trying to pass off counterfeit bills. Of course our society mourns the latter and not the former.

“He was a hardworking immigrant, working tirelessly to build a better life for himself and his family. He chose happiness each day and it was infectious. The loss felt by his death is immeasurable and he is missed tremendously by his family and friends,” said his family in a statement. While the actions that led to his death are heinous, to say the least, there has not been much outrage on his death over social media. Several Twitter users have been comparing the outrage towards George Floyd’s death, to the outrage at Mohammad Anwar’s.

The Mohammad Anwar video is approximately 10 million times more infuriating and upsetting than the George Floyd video, though of course it has attracted barely a fraction of the outrage and attention

A GoFundMe for the Anwars has been set up in order to help the family get through this difficult time. The two girls involved in the incident have now been charged with Mohammad Anwar’s murder and carjacking and are due in court this week. The late driver’s family has expressed their concern over the circulation of the brutal incident and is urging people not to share the video.