The Netflix film is based on the life of an alcoholic stuck in a murder mystery, who also struggles with amnesia 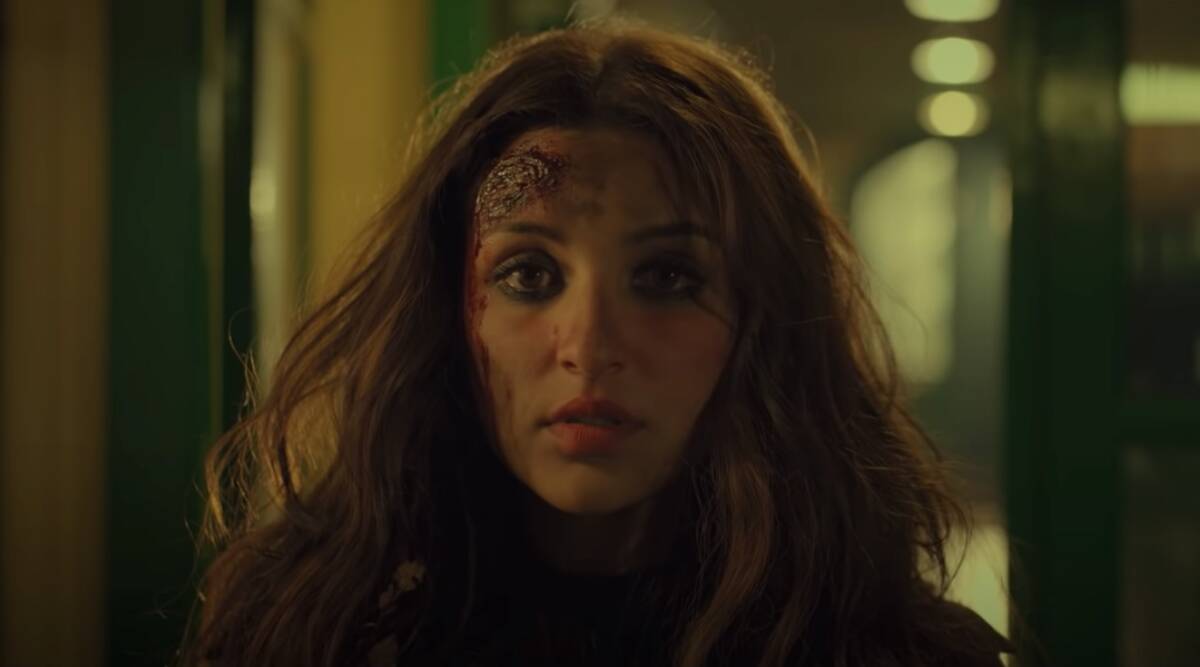 KARACHI: Parineeta Chopra seems to have outdone herself with her upcoming film as she takes up yet another challenging role to play. Adapted from Paula Hawkin’s novel and Emily Blunt’s murder mystery film The Girl On The Train, Parineeti Chopra stars in its Hindi remake as Mira.

The psychological thriller focuses on the life of a raging alcoholic, played by Chopra, who drinks to deal with her failures and shortcomings after her infertility caused problems in her marriage. Mira chooses the same route everyday, takes her designated seat on the train and stalks her ex-husband and his new wife.

Waking up battered and bruised, while suffering from amnesia, Mira has difficulty recalling her short-term memories and finds herself tangled up in a murder mystery. The film goes on to explore whether she is the culprit or not, and if the latter is the case, how can she prove her innocence with her alcoholism and short-term memory loss weakening her stance.

Fast-paced, the trailer bears truth to its name. It keeps the watchers on their toes and intrigued by the story. The treatment of the film uses cold colors showing the character’s detachment from her past, sanity, and her own self. It also signifies her depression and a state of coldness.

About her film, Parineeti Chopra revealed how taking up the character and becoming Mira was anything but easy. “I have tapped into my innermost traumatic memories to bring this character to life. I don’t remember how many times I broke down on the set because I was revisiting memories that I had buried deep in my mind and heart,” she said in a conversation with Pink Villa.

Very often, acting is not considered as hefty a task, but for an individual to take up another identity, that too of someone dealing with past and ongoing trauma, is a challenge on its own.

She knew what she was signing up for, but the role still took a toll on her emotionally. The project has been nothing short of overwhelming for the Ishaqzaade star. “I never wanted to face those incidents again. I realized that to be able to pull off this character, I will have to dig deep into my past and confront the pain [I endured] in my personal life. This film has taken me to hell and back because it constantly kept me on the edge. It wasn’t easy [to be in this state] before every shot.”

The Girl On The Train will be up for streaming by February 26, 2021, on Netflix. The action-packed suspense thriller stars Aditi Rao Hydari, Kirti Kulkarni, Avinash Tiwary, alongside Chopra.