The veteran actress passed away in Lahore last week. Here is a look back at the icon's life 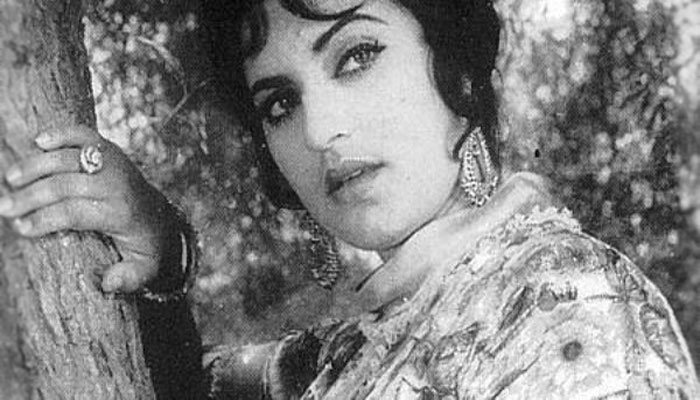 KARACHI: Firdous Begum was bid farewell by Sheeba Butt, Durdana Rehman, Achi Khan, Gori, Andleeb, and Nisho just last week. However, according to Dawn, not much of the film fraternity showed up as the late actress was laid to rest. She made Miani Sahib graveyard her eternal abode after her soul parted owing to a brain haemorrhage that caused a stroke.

RIP Firdaus. No one ever looked even close to what she achieved with her memorable performance in Heer Ranjha. What an icon what a star!

Although not many know her today, she has been an icon, a stream of talent and skills. With her performances spanning over forty years, the lost star had about 160 films in Punjabi, Urdu, and Pashto in her portfolio.

She was born in Lahore just 10 days before the partition and her birth name was Parveen. Her debut in film was with Nakshab Chaudhry’s Fanoos in the year 1963. For this film, she shared the screen space with Komal and Salman Peerzada as a supporting actress. Although the actress is hailed for her roles majorly in the 70s and 80s, Firdous Begum struggled as a beginner in the industry. Though her beauty and a strong “Jutt” personality put her on the map at a later point, her initial films like Malang and Ghaddar were not as famous. As she set foot in the Punjabi cinema and started to gain acclaim, she came face to face with her contemporaries, Naghma and Sheerin.

Firdous Begum was famous for her dancing skills too. Today, it might not seem that big a deal, but in the 80s, when censorship laws were at their all-time high, being a woman who dances was extremely risky. After her earlier films did not fare well at the box office, her film Mann Mauji got a relatively good response. However, the film that really put her on the map and brought her to the mainstream cinema was Malangi, which came out in 1965 starring Firdous Begum opposite Yousaf Khan.

Perhaps what most of us remember her by is her character as Heer from Waris Shah’s story, Heer Ranjha.

She married Punjabi actor Akmal, who was himself a renowned star of the time, however, he died just a few years after their union. She later married Sheikh Nazir Hussain. Lahore’s Firdous market was her property that she later sold, but her name is still attached to it.

Her last film Ghayal was released in 1997.  The winner of three Nigar Awards, Firdous Begum has films to her name that are still remembered as a fond memory to this day. Some of these films include Ishq Na Puchhay Zaat, Mirza Jutt, Qaul-o-Qarar, Maan Puttar, Lahoo Pukaray Ga, Jawani Mastani, Jaag Utha Insaan, Yaraan Naal Baharan, Banarsi Thag, Azra, and Gul Bakaoli. According to Dawn, The Lahore Arts Council has marked the end of a golden chapter of the industry with the death of Firdous Begum.