According to recent reports, the actor has refused to lend any support to his 25-year-old daughter 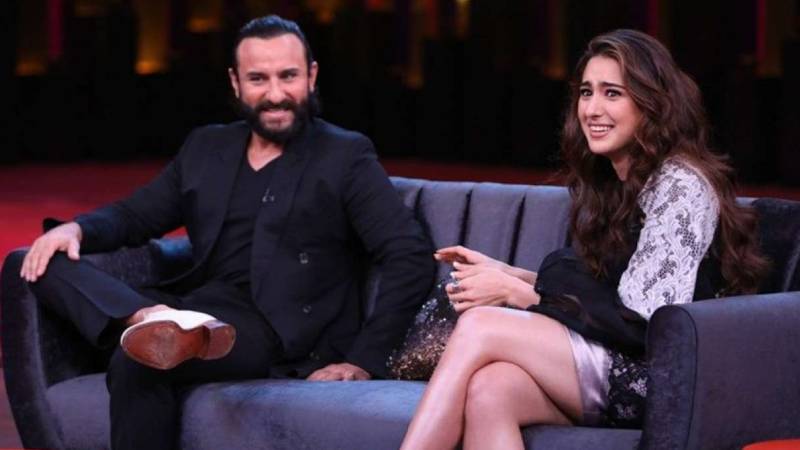 KARACHI: Ever since Bollywood actor Sushant Singh Rajput passed away, the Indian film industry is in a fix. From speculations surrounding Sushant’s suicide (or not) to debates around nepotism, one thing or the other is going on for the last couple of months. Recently, the attention shifted to the use of drugs by Bollywood stars. After Sara Ali Khan’s name appeared in the list, father Saif Ali Khan has apparently refused to rescue daughter from the case.

According to Times of India, he has left for Delhi with wife Kareena Kapoor Khan and son Taimur. This was after the recent developments in the case. After Rhea Chakraborty, the Narcotics Control Bureau (NCB) took Deepika Padukone, Shraddha Kapoor and Sara Ali Khan under scrutiny over the weekend in drug case related to Sushant’s death.

The only two gentlemen that have spoken to me about Sartre, Van Gogh, telescopes and constellations, guitars, The Northern Lights, cricket, Pink Floyd, Nusrat Saab and acting techniques. This is to the last thing you two have in common- #DilBechara ❤️🙏🏻 Now on Disney Hotstar!

Earlier this year, Sara took to Instagram sharing a picture of her father Saif and co-star Sushant Singh. She announced that Sushant Singh Rajput’s (late) last film, Dil Bechara is available on Disney Hotstar. She wrote, “The only two gentlemen that have spoken to me about Sartre, Van Gogh, telescopes and constellations, guitars, The Northern Lights, cricket, Pink Floyd, Nusrat Saab and acting techniques. This is to the last thing you two have in common – #DilBechara❤️🙏🏻 Now on Disney Hotstar!”

Coming back to the recent drug case, reports also suggest that Saif Ali Khan is not just furious with his daughter but ex-wife Amrita too. He has apparently decided to stay away from the case and hence headed to Delhi to save themselves from media scrutiny. Meanwhile Saif’s mother Sharmila Tagore, former chairperson CBFC, is trying to rescue her granddaughter.

Earlier on, Sara Ali Khan confessed her relationship with Sushant Singh Rajput during her NCB interrogation. However, she denied the use of drugs. She said that she smoked cigarettes though. She claimed that Sushant had smoked weed several times. Besides, she admitted that she had accompanied Sushant to his Lonavla farmhouse multiple times and had also been with him during his Thailand trip. The two actors co-starred in Kedarnath.