While celebrities like Priyanka Chopra, Sonam Kapoorand even Pakistani actor Zara Noor Abbas are quick to support BLM, as they should, they should also reflect on their past endorsements 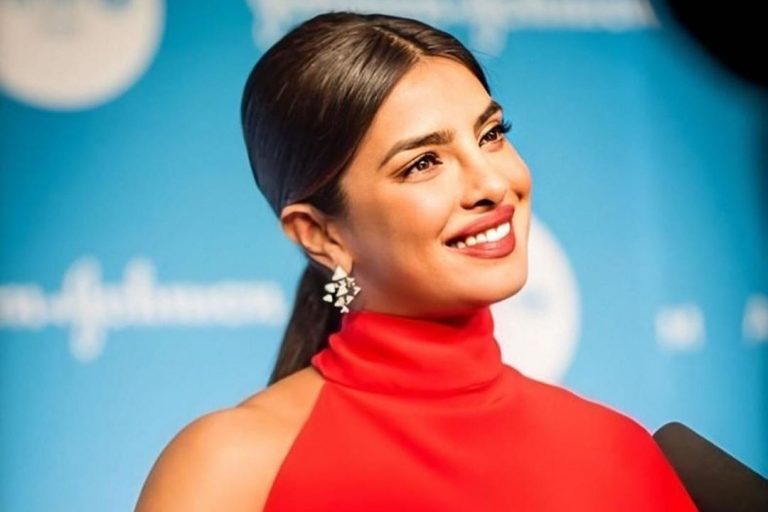 KARACHI: Ever since the murder of George Floyd, an unarmed black man who was killed by a police officer in the IS last week, #BlackLivesMatter has been trending all over the world. America is seeing raging riots and protests all across the country, especially in Minneapolis where the incident took place. Protests have also spread to the UK, New Zealand and Denmark among other countries.

But the debate around racism is happening all over Twitter, especially in the sub-continent, which ironically promotes a lot of colourism and racism, despite the fact that most people living in this part of the world are dark skinned themselves.

Bollywood celebrities such as Sonam Kapoor and Priyanka Chopra, who have a following in Bollywood as well as Hollywood took to their social media accounts to condemn the murder of George Floyd and other innocent unarmed black civilians that have been victim to police brutality.

But Twitter use @aluminiummaiden pointed out the hypocrisy of stars who are speaking out against racism but have done fairness cream commercials in the past.

List of Indian actors who are speaking on BLM and their fairness cream ads, a thread : pic.twitter.com/yUeRNLch6U

People on this side of the border also decided to call out stars for doing this. Zara Noor Abbas shared a video condemning racism but in the comment section, someone had pointed out that Zara has done skin whitening commercials in the past.

Imagine. Our kids. People we know. Go through this. Every day of their life. Just because of their skin color. Then adds up their societal balance of class. Bank account. Assets. They have to fight for the basics such as breathing. Racism is a war. Not a threat to humanity. Its a war that we have to fight against so much so that we have to re-invent, re-grow, re-think every thought and idea about classism. Differences. Sexism. Everything. NO ONE DESERVES THIS. #Everylifematters COURTESY @usatoday 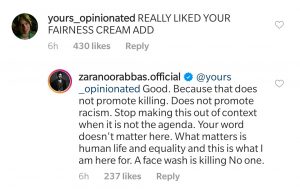