Was this scene from Ye Dil Mera a case of sexual harassment? 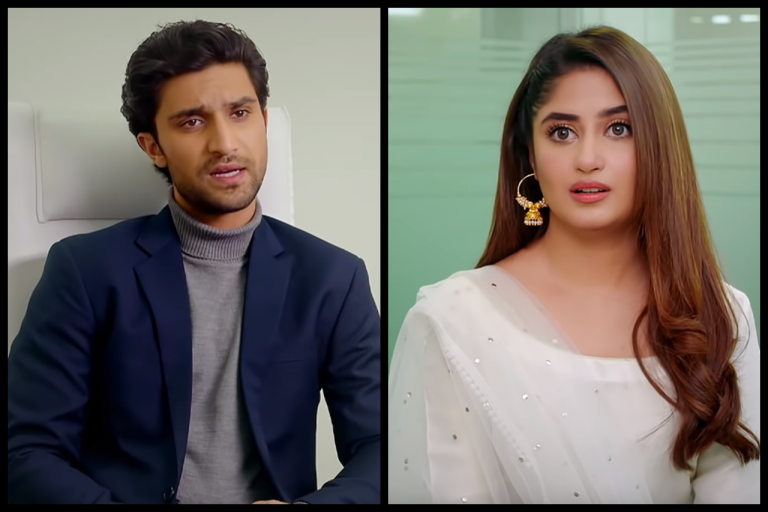 KARACHI: A few weeks ago, a snippet from Ahad Raza Mir and Sajal Ali’s latest TV play, Ye Dil Mera went viral on Twitter. We say ‘snippet’ because it was a teaser, without context, which angered a lot of people online. In the teaser, it seemed as though Ahad is interviewing Sajal for a job and asks her some irrelevant questions, such as “Would you know what food I like to eat?” before proceeding to ask the most inappropriate one: “So far after this interview, do you like me?”

Twitter reacted angrily, perhaps a bit prematurely because the TV show was still not out at the time. And much like a lot of Twitter outrage, it fizzled out with anyone ever finding out what the context of that scene was. People said that the scene seemed like a case of sexual harassment because a man in a powerful position was asking personal questions in an interview.

We decided to watch Ye Dil Mera to find out what the TV show was trying to say/do with that scene. Here is what we discovered. It goes without saying that there will be loads of spoilers beyond this point.

A little context before we begin: Amanullah (Ahad) and Noorulain (Sajal) hail from extremely privileged backgrounds and have bumped into each other once or twice. Once at a wedding and once at a golf club. It’s apparent that the two have feelings for each other (Noorulain) goes as far as to send him a friend request on Facebook, which he accepts.

The issue arises when Noorulain decides to apply for an internship at Aman’s company as everyone in her university wishes for that opportunity. Again, it’s a little unclear whether she does so because she has feelings for the boss, or that she falls into peer pressure (because all her classmates are eyeing the professional opportunity). When Aman finds her CV in the pile of students that have applied for the job, he decides to add her name in the list and interviews the applicants himself (an unusual activity, which is made clear by his subordinate’s reaction.)

Thus, the interview takes place between the two. It is indeed a cringeworthy scene to watch because everyone is behaving weirdly. Noor is extremely unprepared and overdressed for the interview (which Aman points out) and Aman is borderline hostile with his line of questioning (he asks her whether she’s ever seen crude oil in real life or has ever even seen the gate of an oil refinery. Valid questions but it’s his tone that’s condescending)

To be honest, this doesn’t sound like sexual harassment to us. There is some tension between the two, and feelings on both sides that have been made apparent in the show earlier. We spoke to a lawyer who preferred to remain unnamed and she was also of the opinion that while bizarre, this did not seem like sexual harassment. “The man made some comments that might have sexual innuendo, but I can’t tell if these were unwanted or not by the woman. For conduct to be constitute sexual harassment, it must be unwanted.”

So there you go. While this is peculiar behavior, it would probably not hold up in court. The teaser was edited in such a way that one did not have the entire picture in front of them.

Also, if you were wondering. Sajal Ali does land the job.