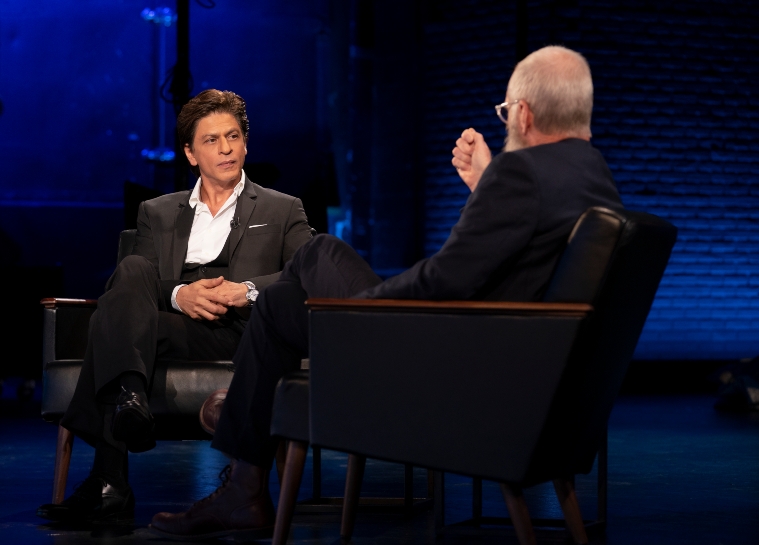 KARACHI: People perhaps don’t watch Shahrukh Khan movies as happily as they used to once upon a time, and there are several reasons for that. He hasn’t been choosing the right films lately and let’s be honest, we loved him for his chocolate-hero, lover-boy roles and he is now in an age bracket that doesn’t allow him to continue down that path. Things have changed guys, times have changed.

But every time he appears publicly to give a talk or an interview, he still captivates the same attention as his films would on the box office in the nineties. That’s because Shahrukh Khan is one of the wittiest and most charming men in all of Bollywood, and even beyond, and that is precisely why he continues to hold the place that he does in India and otherwise.

David Letterman’s show, titled My Next Guest Needs No Introduction featured SRK and unsurprisingly, the episode is a riot, for SRK fans at least. Even though Letterman chooses to ask very basic and personal questions about the actor (what do you ask someone who has been interviewed as many times as SRK?), it’s SRK’s wit that drives the show forward. At some point, Letterman asks if SRK would have been satisfied with his success if he didn’t have the love of 3.5 billion fans, which is a figure quoted by an article in Time. SRK replied no, because he understands that he’s not the best actor nor is the most good-looking, so if he didn’t have the love of nearly 3.5 billion people, he wouldn’t have even been a star. He claims that he is a star because people love him so much.

Here are some things about his personal life that we’ve learnt after watching the show:

He was given up for adoption

At the time, SRK didn’t know that there were several beaches in Mumbai so he used to go to one and look for her there. This continued for a while till he and his friends paid a cab driver to take him to every beach in Mumbai and he finally saw Gauri there.

As a young 15-year-old, SRK believed that people died when they had no more unfinished business left so he thought that if he told his ailing mother lies about what a bad son he’ll be after her death, she might not die and stay back to look after him. He would sit by her hospital bed and say things like “I’m going to be a horrible son”

Since he likes to respect the space and privacy of his kids, he figured the only way to lure them to him is if he learnt how to cook. That way, when they get late night cravings, he can be at their service ready to cook. Currently he’s learning Italian.