Twinning: Justin Trudeau has a lookalike in Afghanistan

If you love Trudeau, know there's two of them 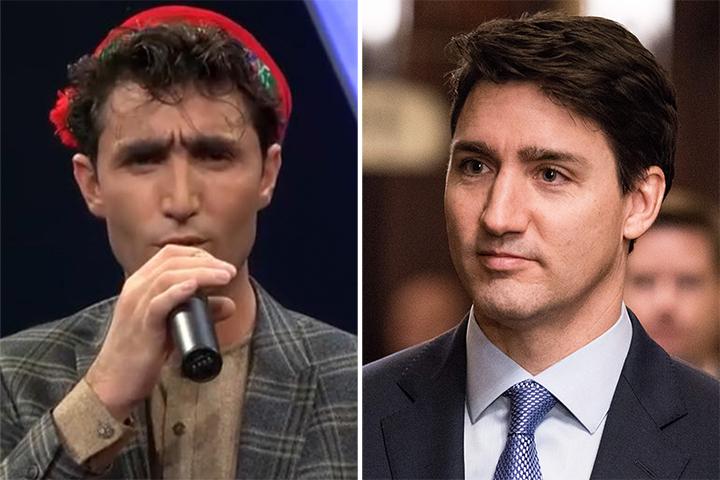 KARACHI: When people hear the name Afghanistan, they instantly think of war, and mountains, and the Taliban. But all such perceptions were shattered when pictures of Salam Maftoon, a contestant on “Afghan Star” Afghanistan’s widely-watched singing competition TV show, surfaced. (Also, who knew Afghanistan also had its version of American Idol?)

Maftoon broke the internet due to his uncanny resemblance with Canadian Prime Minister Justin Trudeau. His fans in Afghanistan call him ‘Salam Trudeau’ and ‘Afghan Trudeau’, and his pictures have gone viral on the social media.

Aziz Faayez, who works for the U.N. Development Program in Afghanistan, also posted a tweet drawing the comparison.

According to Afghanistan’s Khaama Press, Maftoon is a folk singer and a music student, hailing from the northeastern Badakhshan province of Afghanistan.

The resemblance is nothing short of mind-blowing. The shape of the eyebrows, the sharp jawline and that little bump as the nose tapers off at the bottom — this doppelgänger is just too much!