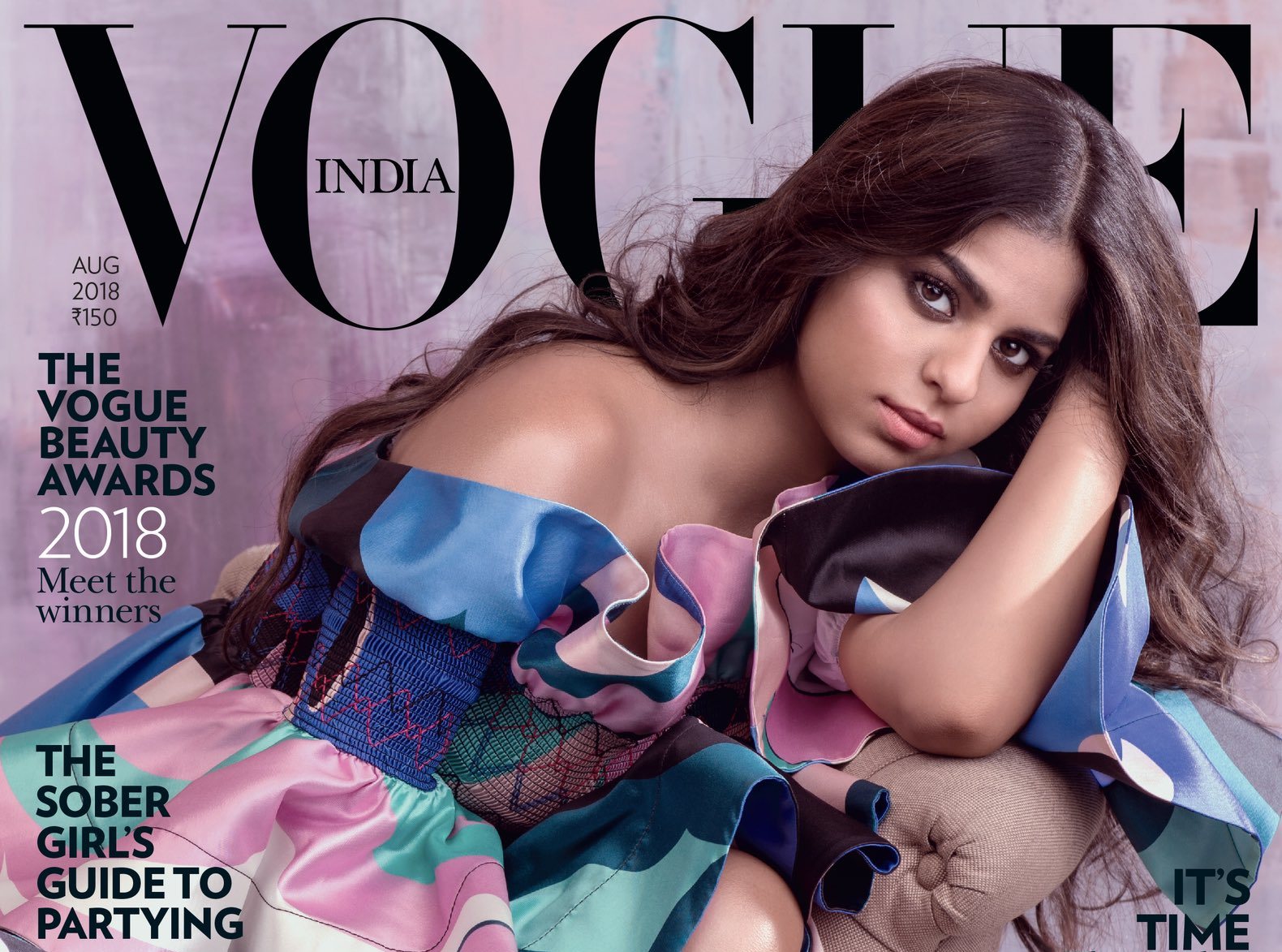 KARACHI: Another day, another star kid in Bollywood is being accused of rising to the top because of nepotism. Shah Rukh Khan’s 18-year-old daughter Suhana Khan has landed her first ever magazine cover, that too with Vogue India. The Bollywood biggie was obviously ecstatic for his daughter; he was also there to officially launch Vogue India‘s latest edition.

Holding her in my arms again thanks to Vogue. ‘What imperfect carriers of love we are…” except when it comes to our children. So sending u all my love & a big hug. Hello Suhana Khan! pic.twitter.com/RrkhJ8kfz5

However we, along with several others, are wondering what got Suhana the cover, other than the fact that she’s SRK’s daughter? Suhana doesn’t have any films in the pipeline right away, and has nothing professional to discuss in the Vogue interview either.

Really don't believe in celebrity bashing, but why is Suhana Khan is on the cover of Vogue?

Technically this isn't even celebrity bashing, because she's not one, her father is.

My dad is an accountant, will ICAI put me on their monthly magazine cover?

People on social media are lashing out at Vogue India‘s decision.

Talk about easy access! #SuhanaKhan on the cover of Vogue.It took Cindy's daughter 'Kaia' 18 shows and 3 major endorsements before she got to be on the International #Vogue's cover. Bus yehi farq hai!

Suhana Khan is on the cover of Vogue because…..?

Suhana Khan on the cover of Vogue almost feels like she saw Jahnvi Kapoor and went "Papa, mereko bhi chahiye"!

Suhana Khan on the cover of #VogueIndia magazine JUST because she's a star kid. Like she hasnt even established herself in bollywood yet. WOW. #NepotismRocks