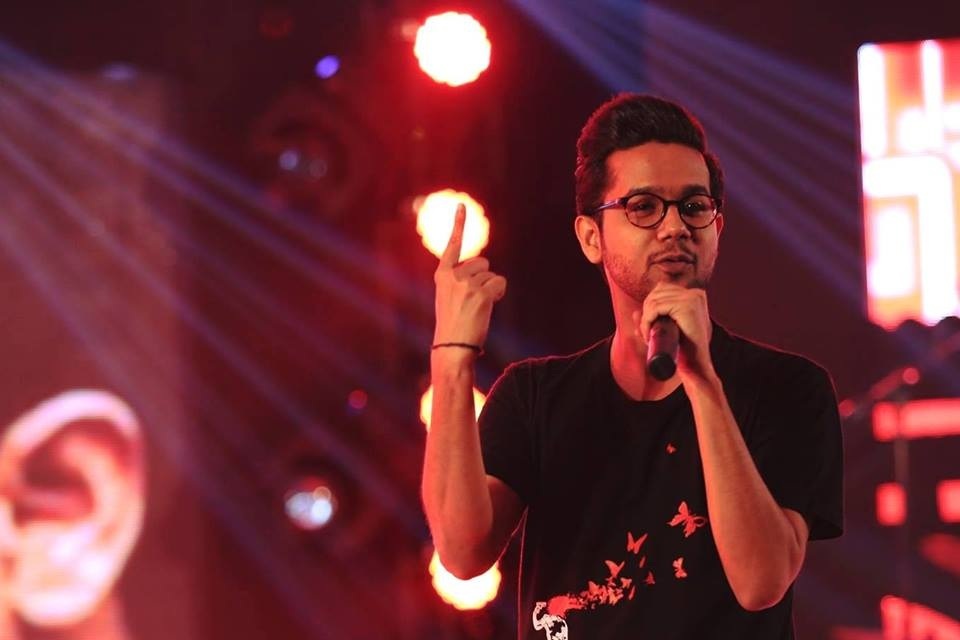 KARACHI: Pakistani rapper and comedian Ali Gul Pir is set to release a new track, and true to his style, he’s calling out Pakistani society for one of it’s biggest flaws: it’s deep-rooted obsession with fair skin. Although he’s keeping the release and title of the song undisclosed for now, the Wadera Ka Beta singer says the song is satirical and will follow the style of his previous numbers.

Cutacut: What’s the concept behind the song?

Ali Gul Pir: The insecurity of being dark, in South Asia particularly. People use fairness creams and whitening injections and what not to become fair. Even if you’re looking for a marriage proposal, they need you to be fair. I’ll be making fun of this ideology in the song.

C: What should we expect from it?

A: The audience should expect something funny. It’s a work in progress. The music is done but the video is still being worked on. It’s a fun song. Most of the satire I do, I portray it in a positive and happy way. I am not a fan of dark satire (no pun intended).

C: What inspired you to write the song?

A: I’ve faced this problem since I was a child. Growing up, I was on the receiving end of comments and nicknames such as kallu. I didn’t really pay much attention to it till I entered the industry. I was acting in a sitcom during which another actor came up to me and told me that all the big stars in the industry take whitening injections. She offered to share contact details of a doctor that I could go to. I was so offended because people don’t realise what’s personal and what they shouldn’t be interfering in. It’s not like I was looking for someone to help me with my complexion or even if I needed help at all. I thought this concept was so messed up. And for someone whom I barely knew to come up and say this, it was absurd. At that point, I also realised that if I’m being subjected to this as a man, what must women go through since there are higher expectations for them to be “fair and beautiful”. In our society, men are known for the work that they do but for women, fair complexion is like a unique selling point (USP), and they’re subjected to greater social pressure. That’s where I drew my inspiration from.

C: Do you think the media and pop culture has a role to play in our society’s obsession with fair skin?

A: Obviously. Every other commercial is promoting that. Only recently have a few dark-skinned models joined the fashion industry but if you see television, film and music, you’ll see the same discrepancy. Most of the people I see around me are dark-skinned but when I switch on the TV, I only see fair skin.

C: What is the message that your song is giving to the audience?

A: This was the tricky part. While I was writing the song, I spoke to Nabila, who is a makeup artist and stylist. She has a makeup line called ‘zero makeup’, and she’s an advocate for being proud of whatever complexion you have and owning it. So I spoke to her to get a perspective because her work doesn’t focus on being ‘fair’. After our conversation, I realised that the takeaway message from the song shouldn’t just be that being dark is okay, it should tell people to be okay with who you are and whatever complexion you have and to not try to change it. You don’t need to alter your skin tone to be accepted. And to those who are dark-skinned, I’d like to say be brown, be proud and be strong.