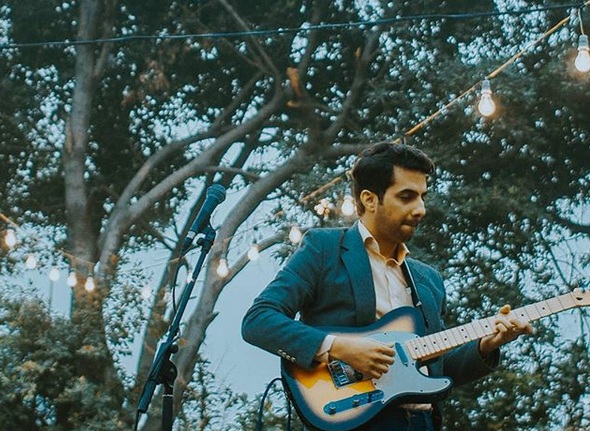 KARACHI: While Mehdi Maloof has been an indie-music favourite for some time, it was his Patari Aslis release ‘Do Hee Rastay Hain‘ that got him an even bigger audience. However, right now he’s in the news for yet another catchy tune, which is hilariously titled ‘Gandi Si Building‘.

In the song, Maloof sings about a rather dilapidated building that he’s living in. For instance, the lifts don’t work, there are gutka stains on the walls, drug dealers roam around freely and there’s overall pollution in the form of an overabundance of mosquitoes, smoke from cars and leaking sewerage pipes. The great thing about indie music is that indie musicians choose to sing about topics that seem almost mundane for anyone else to take notice of. Karachi is filled with such buildings, yet nobody probably thought to sing a song about them before.

The first thought that came to our mind, of course, was whether the building in Maloof’s song is a fictional one or not. Cutacut got in touch with Maloof to find out more about this gandi si building and sadly, Maloof is, in fact, singing about a real one. “The song is an exact description of a building that I used to live in when I was living in Karachi,” he revealed. Where has Maloof moved to now? “I’m a government employee now, I gave my CSS exam two years ago and have been posted as the Assistant Commissioner in Multan,” he answered.

Thankfully, the housing situation in Multan is much different. “This city has a very different vibe. For instance, there isn’t really an apartment culture here,” he revealed. Multan sounds like a complete contrast to the concrete jungle that is Karachi.

Coming back to his music, Maloof explained that his musical career is going to slow down a little bit now that he doesn’t even get Saturdays off. “I won’t really be able to travel back and forth to perform at shows and gigs now, unless its in Lahore which is really close by.”

‘Gandi Si Building‘, which has been sung, written and composed by Maloof himself, with Iba on drums and Varqa Faraid on keys, was produced nearly two years ago. “I never really got time to release it sooner,” he answered when asked why the song took two years to surface.