Understand your rights as workers this Labour Day

Are your rights being granted? 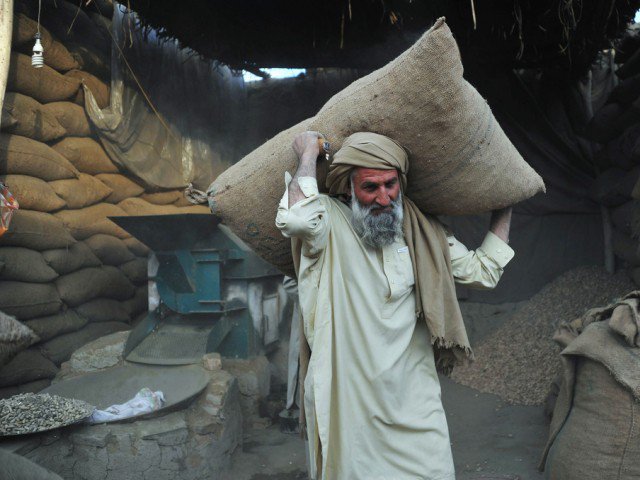 KARACHI: The group of workers at one of Karachi’s construction sites have been at it since dawn. It’s noon now, and there’s no respite. They continue to put the building blocks together, one by one, while one of them operates the engine of the the tractor. On the other side of the street, a cinema is located. The ticket window is flooded with groups of people queued to buy passes for a movie — they’re all off from work. It’s Labour Day, or May Day, as known in some countries across the globe.

This year, Labour Day in Pakistan, is falling on a Tuesday. Obviously, a day off in the middle of the week is a treat for everyone. But has anyone ever wondered why the world takes a break on this one specific holiday that every country observes?

As a gesture of appreciation, workers all over the globe, and in this context, in Pakistan, are given a day off where they do away with the daily grind. But in reality, it may not always work the way it appears theoretically. Even though it’s supposed to be a day of rest for all, some people still have to perform their professional duties. The question is: do workers get the day off at all?

For Kiran Sohail, a registered nurse (RN) at Good Samaritan Hospital in Karachi’s Orangi Town, the news that she isn’t off on Labour Day didn’t come as a shock. “We never get off on public holidays or Sundays,” she says matter-of-factly. “Although we do get compensated for lost holidays but it’s not the same as being off on the same days as your husband and children,” she shares further.

Several ordinances pertaining to the matter have been passed. Factories Act 1934 identifies labourers as “workers” and that this day is meant for people who work at grass-root level such as carpenters, construction workers, nurses, domestic help and security staff etc. Another federal act known as the Industrial Relations Ordinance (IRO) was passed in 2002, and was signed into a law in 2012. According to these acts, Labour Day applies to anyone who is serving or working in any capacity, hence becoming eligible to observe this holiday. The history of this day traces back to the year 1810, where employees established the Eight-Hour Day Movement to oppose their earlier schedules where workers would be forced to work up to 16 hours a day. (Read our story on the history of labour day here.)

Speaking on the matter, Advocate High Court Bilal Bashir, an expert in civil labour rights cases, said that according to these acts, a worker is defined as a person who engages in a clerical job and not a managerial one. He clarified that these acts pertain to the rights of such workers, mostly. The Factories Ordinance 1934 further states that there is a time limit on the number of hours people should be made to work. Children working below age 14 fall under child labour, which mean that it’s illegal, youngsters between 14 to 18 years of age are allowed to work a total of 42 hours a week and those above 18 are entitled to work for 48 hours a week.

Article 11 of the constitution abolishes slavery, which categorically highlights that workers must not be considered as slaves

While the Factories Ordinance 1934 states the above conditions for the working class only, Advocate Bashir states that white-collar employees usually have these conditions laid out in their contracts.

“Any employer who makes their employees work for over 48 hours falls under the violation of law,” specifies Bashir.

For the working class, the Factories Ordinance and the IRO have laid out a leave pattern whereby they’re authorised to avail 14 days off yearly. “It is upon the workers discretion whether to utilise them spread over a year or consecutively,” adds the expert.

“In private organisations, leave structures and holidays are laid out in the employees respective contracts,” he further adds.

As far as May Day is concerned, most workers are on duty on this day. Advocate Bashir explains that most of these people work at their will to earn daily wages, but the system is such that if they work on a public holiday, they should be compensated later. Such examples also include people who fall under essential services and are bound by the Essential Services Act to continue serving even on holidays. The Essential Services Act of 1952 makes provision for certain services that need to be maintained, failure of which may end up endangering the personal safety and overall security of the population. These professions usually include doctors, pilots, journalists, ambulance drivers, security guards, nurses and airport staff etc. (Here’s all you need to know about The Essential Services Act of 1952).

Ghulam Muhammad, an ambulance driver working with Karachi Metropolitan Corporation (KMC), says that in over 15 years of service, he has barely gotten May Day off. “Not just May Day, but I am barely compensated for public holidays and my salary never comes on time,” he adds. He also says that he has never received an overtime even though he has often worked for as long as 24 hours at a stretch.

On the other hand, Nasim Abbas, 58, matron at Sobraj Maternity Hospital in Karachi’s Saddar area says that she always gets May 1 off, but there are violations at other levels. “In 35 years of my tenure, never have I received my salary before mid of the month, and for a poor person, this is too damn late,” she laments.

“Despite so many problems, it’s a relief that at least we don’t get paid below the minimum wage,” says Abbas with a sigh of relief.

Lower tier staff such as nurses and drivers usually don’t have the resources to contest cases in labour courts. However, every individual has the right to be part of a labour union as stated in Article 17 of the constitution. Speaking on the matter, Umer Bin Ajmal, a former journalist and currently a student at Centre in Excellence for Journalism (CEJ) said, “We were told that forming unions was prohibited in our department, which for some reason wasn’t considered a part of the organisation contractually.”

The constitution also abolishes slavery through Article 11, which categorically highlights that workers must not be considered as slaves, even though there are plenty of examples in this country that state otherwise.

“The Standing Order Act of 2013 urges that all employees should be paid a minimum wage of Rs. 15,000 as well as yearly increments should apply.”

Currently in application, the Standing Order Act of 2013 explains that every person, whether a government or a private employee, must receive an overtime payment or a bonus if they’re being made to work beyond a total of eight hours per day. “It’s a sorry state that even people like ourselves haven’t succeeded at enforcing these laws despite being lawyers ourselves,” shares Zain Ul Abideen Soomro, litigator at city, custom and district courts in Sindh.

“The standing order of 2013 also urges that all employees should be paid a minimum wage of Rs. 15,000 as well as yearly increments should apply,” adds Soomro.

However, there’s a huge difference between how things work in the private sector. Ajmal told Cutacut that he didn’t get the day off on May 1 and that he used to work on a lot of public holidays. However, he always availed a day off later.

“Other labour rights were duly provided. I always worked eight hours only, rarely only when something major had happened we worked longer. We were also given yearly increments, no matter how little. We were entitled to avail annual leave and salary was always credited into our account on the first of every month,” he concludes.