One year on, we remember the spirited 23-year-old student who was brutally killed by an enraged mob 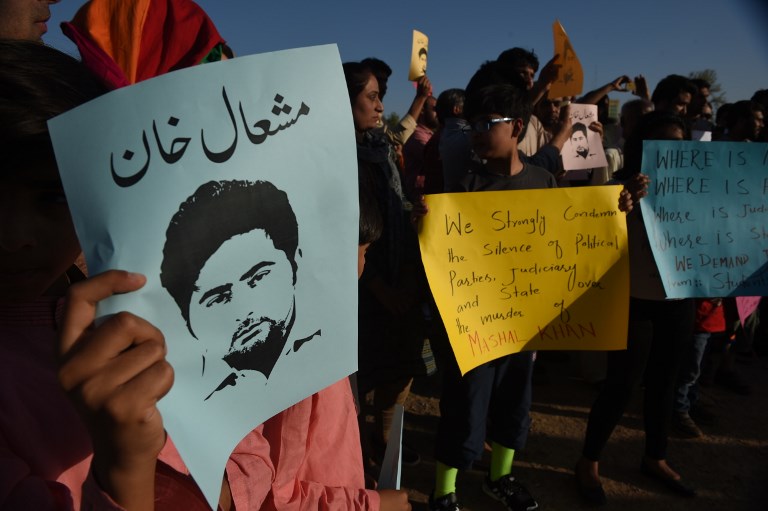 Pakistani civil society members and university students shout slogans and wave placards as they protest against the killing of Mashal Khan a journalism student, in Islamabad. PHOTO: AFP

KARACHI: Exactly one year ago, a 23-year-old boy was lynched by an enraged mob at the Abdul Wali Khan University in Mardan, where he was pursuing higher studies, over accusations of false blasphemy made by fellow students. He was stripped, shot and beaten till his last breath. In fact, a graphic video of the incident also showed the mob kicking his lifeless body. The incident sent shock waves across the country. On the first anniversary of his death, we decided to honour his life in numbers.

was the number of hours he would dedicate per day to reading, according to his father Iqbal Jan in an interview with Dawn

were the number of suspects been charged in connection with his case, as reported by Al-Jazeera

culprit involved in the lynching was awarded the death penalty

of the accused were sentenced to life imprisonment

is the number of people who have been killed in Pakistan over alleged blasphemy since 1990, reported Al-Jazeera