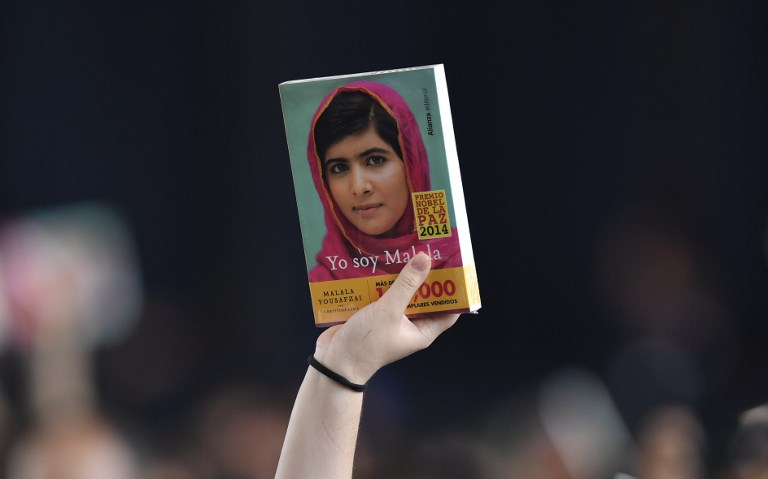 Students rise books of Pakistani Nobel Peace Laureate Malala Yousafzai during a meeting with her at the Monterrey Institute of Technology in Mexico City on August 31, 2017. Yousafzai visits Mexico to deliver a lecture on education. / AFP PHOTO / YURI CORTEZ

KARACHI: Nobel Laureate Malala Yousfazi arrived in Pakistan Thursday morning, the first time since she survived a shot to the head by militants and had to leave the country for surgery.

The 20-year-old has since become a symbol of hope and struggle against extremism world over.

We have a compiled a list of her achievements – in numbers:

was the year Malala, 11 at the time, began writing an anonymous diary for BBC about life under the Taliban in Swat.

was the year Malala was shot by a Taliban gunman on the way back from school in Swat. Two of her friends also suffered bullet wounds

year after the attack, Malala published her first book ‘I Am Malala’

was her age when she addressed the United Nations on July12, 2013 on her birthday

is the amount she raised to educate Syrian refugees