Smoking scandal: Elephant seen lighting up without any regard for public image

Doesn’t this elephant realize that she is our property? 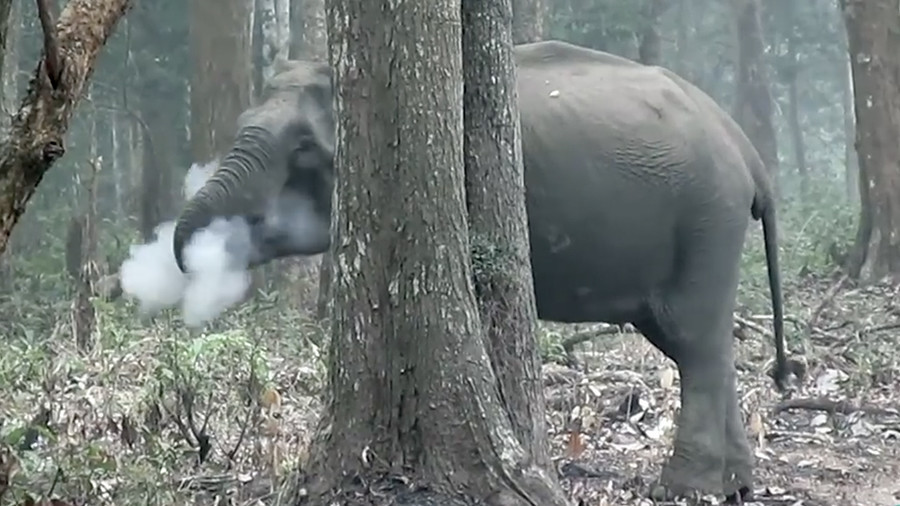 KARACHI: An Elephant in Southern India was spotted blowing ash and smoke in a video making the rounds on social media. The footage has not only baffled scientists, many took to social media to give their two cents on the matter.

“Elephants used to be my favourite. How can it smoke? And that too in public? Shame,” said one Twitter user, Salman Sarroo.

“Elephants are public figures which means they are our property,” said another user Ustaad Pasha.

The BBC reported that the man who leaked the footage, Vinay Kumar, a scientist belonging to the Wildlife Conservation Society (India), said he had not released the video until now because he did not “quite realise its importance”.

“Thanks God we now know the true face of this Elephant. Its kind had us all fooled! I remember seeing a few pictures of elephants looking so cute and innocent. I even liked it on Instagram,” said a distraught former fan, who chose to remain anonymous.

We also reached out to the elephant who gave the following statement:

In response, Maulana Affendi Byevrthin was outraged. “How can… how can she smoke and then say this? How can she… wait is the elephant a she? Oh it’s a he? Phir chalta hai”

This is a work of satire in case it wasn’t clear.