Proof that Darren Sammy is Pakistani 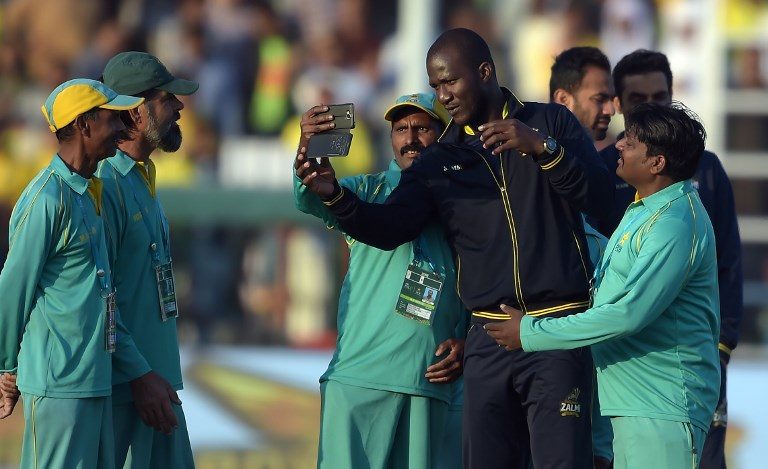 KARACHI: Former West Indies Cricket Captain Darren Julius Garvey Sammy aka Sammy Khan aka Sammy Khattak has become a household name in Pakistan courtesy the Pakistan Super League (PSL). His love for Pakistan and Pakistani fans is evident as he never refuses selfies with fans and tries his best to communicate in Urdu. Sammy has won the hearts of millions. Last night, we witnessed the Peshawar Zalmi captain embrace his team’s loss to Islamabad United in the PSL final with incredible grace and poise. Despite the loss, Sammy fans across country are demanding he gets honourary citizenship or even the Nishan-i-Imtiaz for his willingness to see the game all the way to Karachi, even when a lot of foreign players opted out.

Listed below are only some of the reasons we are as in love with Sammy as the entire nation.

1) He speaks better Urdu than most of us

2) He owns this look

4) Like all Pakistanis, Sammy can dance at any occassion

*Sammy doesn’t come to the party, he is the party

5) He is best friends with our local players

*But as Wahab Riaz’s friend, he should really make him shave off that pornstache

My go to guys.. one more to go champs
Karachi here we come #yellowstorm pic.twitter.com/yTRHSryTxx

7) He knows who’s in charge in Karachi

*I think I was more afraid of him coming to Karachi. And I live in Karachi

Once again i ask u Lord to grand me me the strength and the vision to lead my team Amen.. #yellowstorm #ClarasBoy #ChocolateMan pic.twitter.com/C6WnraZ1Pg

10) Most importantly, he agrees Karachi offers the best biryani

We love you Sammy. Thanks for the memories.