The Diary of Queen Shugufta: On Boredom 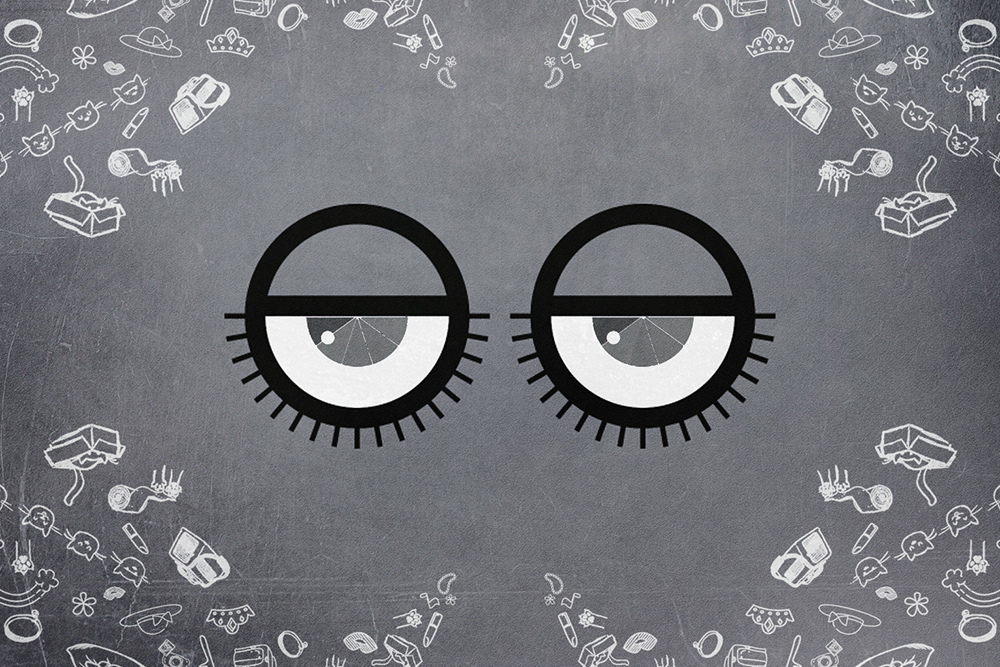 The worst thing in life is being bored. And I think I spend my whole life basically bored, dude. What do I do all day? Wake up, go to school, come back, eat, sleep, blah, blah, blah. Kabhi kabhi read a book, watch a film, bas, that’s about all. Then, from time to time, some kind of drama with my friends. This whole romance thing that won’t start with Waseem. And even those things – the dramas, the romances – I feel like I only do them ‘cause my life is so boring.

Farhad is a little more interesting than me. He makes sketches in his room, his friends come over. They go to the beach. He goes to parties. All that stuff. I guess it’s ‘cause he has more freedom than me. He can drive around, walk on the streets, play cricket outside, go on his bike. All these things I can’t do. Maybe boredom is directly related to freedom, which is related to age and gender. Maybe if I were a boy, I would not be so bored.

People say boredom is a good thing. It’s true, for example, I wouldn’t be writing this if I weren’t bored. I wouldn’t be investigating boredom itself and thinking why I was so bored. And maybe something will come out of this that wouldn’t otherwise. I guess that dude who discovered gravity wouldn’t have been sitting under the tree when the apple fell if he wasn’t bored. And the Buddha too, he sat under that tree to figure life out, probably from boredom. Maybe boredom is the path to enlightenment. But I don’t even have a tree to sit under, so what to do? FML. No tree.

My parents are cheesy as hell. When I told Ammi I was bored, she said, ‘only boring people are bored.’ Yeah. Whatever. Boring people are the only ones who aren’t bored ‘cause they’re too boring to even realize what boredom is. Then I told Abba. He was like, ‘Oh. You’re bored? Play a board game, then.’ Bas, Abba is full of these dad jokes. Also not helpful. Farhad said, ok pose for me then and he did a sketch of me and I guess that was OK for like twenty minutes, but this boredom, it’s like some kind of net that I’m trapped in and the only way out is to write my way out. So I’ll make some lists:

Chocolate mousse especially the one Ammi makes. Talking to my sister on skype. Going for drives with Farhad. Laughing with my best friend Fizza till our tummies hurts. Reading. Scrolling through Beyonce’s insta.  Talking to my other best friend Shazia about all the things that piss us off (oops, stepping into dislikes section now). Mango. Mango lassi. Grapefruit. That aurat song on Coke Studio. Maths esp complex algebra. English esp story and essay writing. Doing school plays. Hanging out with Asma Auntie who tells me age-inappropriate things. Gifts from Papa. When it rains. When we drive to school but it’s closed because of hartaal or incident so we drive to Boat Basin and have halwa puri instead, then spend the day at home. Ice-cream. When Ammi or my Nani tell me stories about their childhood.

Falsay. Imli. Sawaiyan. White chocolate. Men who don’t see sexism (pretty much all of them). When my Nani complains I don’t visit her enough. People fighting with me. Stepping into mud. Being told I can’t watch a film or read a book. Waseem.

First, he told me he liked me. Then I told him. And then … nothing. We stopped talking.

And I don’t want to talk to him about it ‘cause I’m waiting for him to talk to me and we are just stuck in this weird limbo land with nothing happening.

Plus every relationship becomes an event in my school. Everyone will find out, and get involved, and that will just create more drama. And so, I’m just stuck, paralysed. Don’t know what to do.

Maybe I’m not actually bored. Maybe I’m just stuck, and confused. And there are things I don’t want to face, don’t want to think about. And that’s where these boredom feelings are coming from.

I read a nice poem the other day; it’s called Relax, by Eileen Bass. This is how it ends:

There’s a Buddhist story of a woman chased by a tiger.

When she comes to a cliff, she sees a sturdy vine

and climbs half way down. But there’s also a tiger below.

and begin to gnaw at the vine. At this point

she notices a wild strawberry growing from a crevice.

She looks up, down, at the mice.

Then she eats the strawberry.

So here’s the view, the breeze, the pulse

in your throat. Your wallet will be stolen, you’ll get fat,

slip on the bathroom tiles of a foreign hotel

and crack your hip. You’ll be lonely.

Oh taste how sweet and tart

the red juice is, how the tiny seeds

crunch between your teeth.

I think this is what boredom is, or maybe the lesson that boredom teaches us. Life is this way – not very interesting sometimes, and when it is interesting, it’s drama and annoying. So maybe boredom is a reminder to look around for the strawberry, and to feel the crunch of that teeny tiny seed.