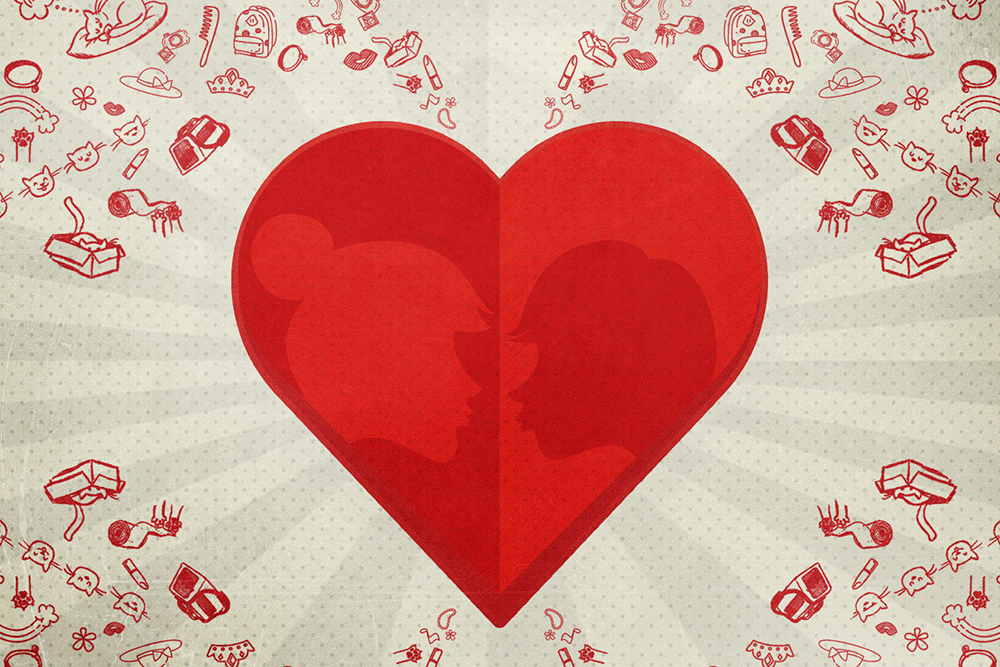 So after my crisis last week about the ‘Queen S’ label, I’ve decided to abdicate my throne, remove my crown. To just be plain Shugufta. That’s not ‘just’, is it? It’s enough, it’s plenty. Sometimes the crown is necessary; it can be uplifting and empowering, like for my mentor, Queen B aka Beyonce. Or when James Baldwin says, “Our crown has already been bought and paid for. All we have to do is wear it.” I like that. Lekin maybe the crown can also become a crutch, something to hide behind. So I’m killing Queen S the way Queen B killed Sasha Fierce, and renaming this ‘Shugufta’s Diary’ just to see what Shugufta looks like by herself. Not sure if it’s permanent. And I hope that’s cool. Maybe I’m also being plain Shugs this week ‘cause I’m writing about something scary – my first kiss. Here’s how it went down.

I’ve just come back to school after Eid holidays. I leave Maths to go to the bathroom and then, when I come back, I see inside my desk an Eid Mubarak card with my name on it but unsigned, and a small heart-shaped candle, white with red glitter on the sides. Instantly, I know it’s from Waseem. I don’t know how, but I just know. I turn to look at him and he’s totally avoiding my gaze, which is confirmation. I have no idea how I feel about this. I put the candle in my bag, and don’t tell anyone, not even Fizza or Shazia. Waseem avoids me for the whole day.

When I get home, I take out the candle and put it on my desk. I light it, and watch it. But it starts melting really fast so I put it out. I felt really happy when I saw it there, and when I realized it was from him. I love it a lot. It’s so cute, and it smells nice. So I decide – I’m going to kiss Waseem. Then I’ll know, right? I’ll know for sure how I feel. Plus, Fizza has already kissed Noman so I’m behind. And bas, why do I have to justify myself? I just want to know what it feels like. But yeah, I hope God forgives me and nobody minds. Mama keeps saying I’m too young to be thinking about boys. But oh well, too bad, Mama. My mind keeps going there by itself. I can’t help it! And anyway, Fizza says, if you’re thinking about it, that means you can’t be too young to think about it. If you were too young to think about it, you wouldn’t be thinking about it, Sherlock. So bas, I’ve decided. My mind, body, heart wants to kiss him so I will and I don’t care what Mama thinks.

The next day at lunchtime, I go up to Waseem.

‘Hi,’ he says. He’s with his friend, Saad. I decide to use the school magazine as an excuse.

‘Sooo … I have some ideas I wanted to show you.’

‘Theek hai. Email them to me?’

He’s not getting it, the stupid, that I want to talk to him by himself. And to make it worse, Saad totally gets it; he’s sniggering into his kabab roll.

Ugh. So awkward. Then I’m just kind of standing there, digging my shoes into the sand. And finally Saad says, ‘Dude. She wants you to go with her’ and we both turn red and I give Saad a look of death, but at least Waseem finally gets it.

So then we start walking, and I lead him to behind the canteen, and then suddenly, I turn around and kiss him.

Our lips smoosh together all awkwardly and THEN he pushes me away! Hard. I stumble back, all confused like.

‘That I wanted you to kiss me?’

‘Whatever, Waseem. Just forget it.’

‘Shugs. I like you. I want to be with you. Not just make out with you behind the canteen.’

Then I’m quiet. He continues,

And I say, ‘How do I know that without kissing you?’

Then he gets mad. Like, super mad. He says, ‘If you wanted to be with me, you would just know. You wouldn’t have to kiss me to know. You don’t like me. You just wanted to make out.’

And again, I don’t know what to say! For a second I wonder, shit, is he right? Was I just using him, or something? So I’m quiet like a fool and he goes, ‘whatever, Shugs’ and walks away and just leaves me there, alone.

Then, I hate to say this ‘cause he’s dumb and not worth it, but I go home and I cry. That stupid boy – you only get one chance in your whole life for a first kiss and he ruined it. And anyway, what was his problem, I thought boys liked kissing. I’m so totally insulted and will never forgive.

I think what he didn’t understand is that my body wanted to tell him something that I felt too shy to say in words. Which is that, I’m open to this, dude. I welcome you. But boys are dumb and so whatever, his loss.