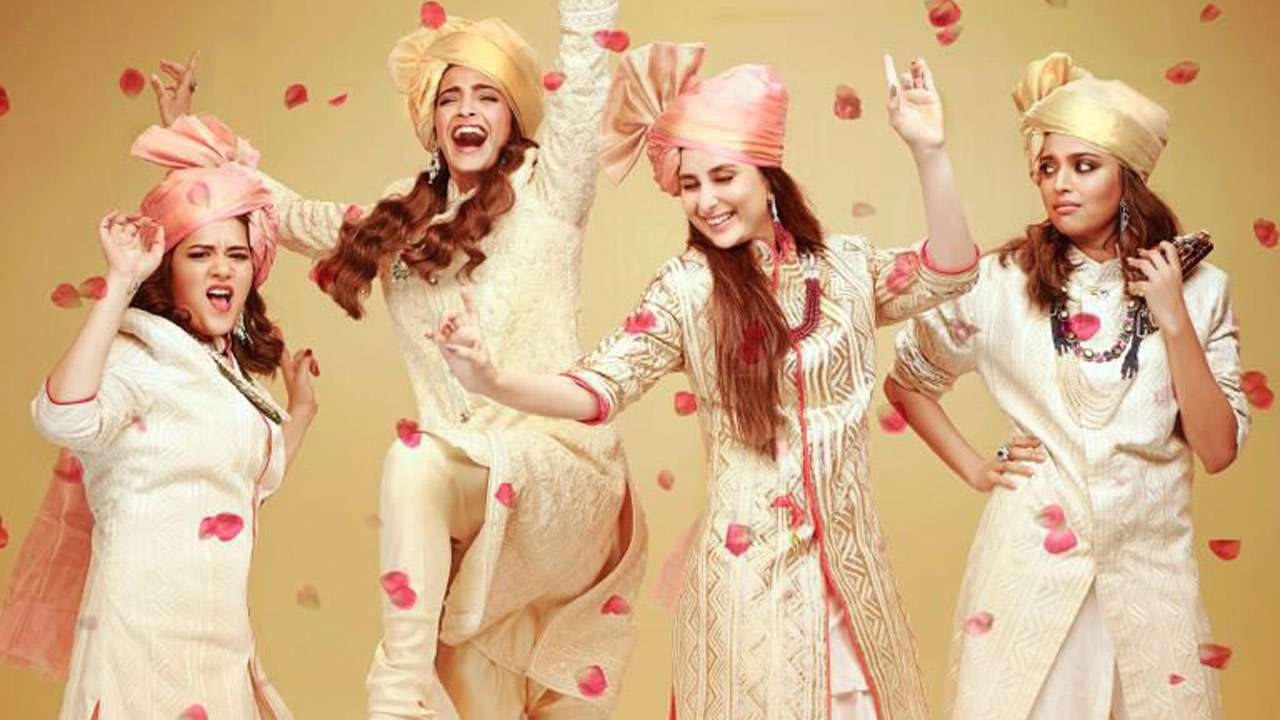 So I saw Veere de Wedding this week. Bas, censor-walay, that’s what happens when you ban a movie. We watch it anyway, and in fact, we watch it more.

I think the reason they banned it is because the acknowledgment of female desire scared them. I’ve never seen a Bollywood film like that before, where you celebrate the fact that we have vaginas and recognise that we also want to do stuff with men. In all the other films, the women are sharmeeli types who only consent finally to the man’s desire because they are looking for marriage and family. But women have needs just like men, and we’re shamed for this all the time. Same with the smoking, drinking thing. All of this was celebrated, instead of shamed. Long overdue. The male characters were shown in relationship to the women, who occupied centre stage throughout – again, something so rare in any film, Indian or otherwise. It was great to see something so strong on the screen. I think the world is changing really fast and Inshallah, this era of feeling ashamed of our desires, or being shamed for them, is ending.

Lekin other than that, the film was kind of rubbish, dude. It was basically a desi version of Sex and the City, in an age where nobody buys that Sex and the City crap anymore. It shows these four women, all living in palatial homes, talking about trips to Prague waghaira. It’s drenched in classism; the Kareena Kapoor character says at one point ‘nobody calls my best friend a bai’ (bai matlab maasi). At another point, they make fun of a prospective lover ‘cause he’s a ‘dukaandaar’ without a degree, and the only non-uber rich character appearance in the film is a 10-second cameo by Sonam Kapoor’s maasi, who is shown crying in the kitchen with her face covered in bruises because her husband has hit her.  The point of this scene is to show Sonam’s character encouraging her to divorce, which puts off her rishta. Omg, can’t even explain the high level bakwaas of all this. These girls’ lives of privilege and pleasure is marketed as feminism, totally Sex and the City style. Fancy dresses and being sexy and able to do exactly what you want – this is what we’re meant to believe is female liberation?

Then, there is the more curvy character in the foursome. You would think this would be a statement, about how beauty comes in different shapes, but no. A core storyline is that this woman had gained weight after the birth of her child and that this is a problem. The girls constantly make fun of her for this, and it’s negatively affected her sex life, and she too is uncomfortable with how she looks. Both her eating habits and her appearance are mocked numerous times throughout the film.

So the film normalises desire, dating, masti waghaira, which is great. But it’s a certain brand of desire dating masti – one that only rich girls do. In my school, the girls that are bullied more are those who come from more modest family backgrounds, who wear scarves or don’t talk to boys, who don’t speak great English and haven’t been abroad. What about those girls? What about the freedom to be like they are too? To see this short-skirt wearing, swearing type female as the progressive one is a big problem. And I see this all the time around me – the way rich people talk about the religious, or the non-westernised. This hierarchy needs to be undone. Is wearing super sexy outfits and swearing and sleeping with boys the sign of an independent, liberated woman? What if I don’t feel like doing that? What if I can’t or don’t want to go to Thailand on a whim? What if I want to develop a meaningful relationship with God, and my beliefs reflect a different lifestyle from the one celebrated in that film? Does that make me backward or old-fashioned in some way? I felt like that’s what this film was trying to say. And this was the same problem with Sex and the City, no? Style over substance.

It’s not that we can’t have films only about rich people, it’s just, do it right. Not in this way, making it all about glamour and sex and high-heel shoes. That’s just a cartoon. Have you seen the show Girls? That’s also about four rich girls in New York, but it’s more real than Sex and The City. It doesn’t glamourise in the same way, or promote some kind of superiority (I think). It shows that on some level, these girls are self-indulgent and ignorant of what their lives really mean. So I’m not against showing lives of privilege, they must be shown – but they should be examined with more care, shown with more truth. On whose oppression do those lives of privilege rest? What kind of blind spots must you have to develop in order to live that life? In other words, what are all the things you need to close your eyes to in order to inhabit that bubble? There needs to be awareness of this too, for anything meaningful.

Vaisay, I’ll say again, banning is never the answer. Nothing should ever be repressed, everything needs to come out in the open so it can be talked about. If this film hadn’t been banned, I probably wouldn’t have watched it tbh. And also, I’m a bit hesitant to criticise it because it’s been banned. So ultimately it’s totally counterproductive.

Anyway, whatever. Let’s talk about Shugufta di Wedding. Shugs di wedding, if there is one, will be nothing like Veere di wedding. Firstly, it will be more simple. Haan, there was a superficial argument in that film for simplicity when they made fun of the ostentatious ‘west Delhi’ style shaadi, but that critique was in itself rooted in snobbery and elitism – ‘cause the final wedding was just another type of opulence, in fact it was a more socially acceptable ‘old money’ type opulence, in the colonial style house with everyone in their pastels. Shug di wedding will not be fooled by these false divisions. It will be about love, about duas, prayers, well wishes, naach gaana. Everything will be from the heart. Nobody will be worried about their outfits. And maybe it will even be a joint wedding, shared with others – this will save money, equalise playing fields, plus multiply love.

I’m conscious I’m acting all morally superior here, and probably the first thing I would do for my shaadi is google that white sheeshay wala outfit Sonam Kapoor wears at the end of the film, and that massive luscious silver teeka of Kareena’s, and try and get my hands on them. What to do? I feel like a hypocrite sometimes, when I critique things in this way when I’m probably replicating them in my own life. Like, even calling myself ‘Queen S’ is promoting a system that I am claiming is a problem, hena? That’s why criticising things makes me anxious sometimes. I wonder if I’m being too judgmental. Speaking as if I’m superior, or something. Khair. At least I am trying to set my compass in the right direction – towards mindfulness, consciousness, critical awareness. And the rest of it – well, we all contain multitudes, I guess.