Diary of Queen S: The Aftermath 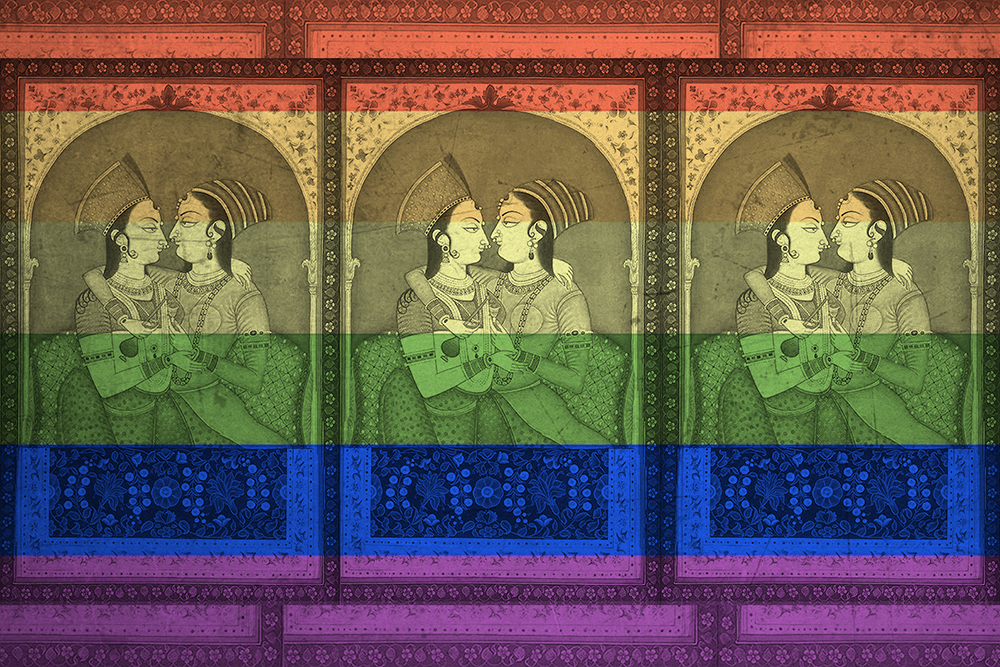 So, as you know, last week my brother, Farhad, told me he liked men.

I guess the word is – gay. I don’t like that word, and he doesn’t use it either. He says since you have to use a word, he uses ‘queer’ but he doesn’t like that one so much either. See, we’ve imported this word, gay, from another culture, and applied it to our own, when actually, our own culture has a complex and sophisticated history of genders and sexualities.  Now everyone is more prudey and close-minded – but we are from a place where it was taken for granted that there are not just two genders, where it was recognized that these things are fluid, shifting, moving. That we are on spectrums. And that we all contain both: the masculine and the feminine. These are historical truths, ancient wisdoms, but we try to repress them ‘cause they seem too strange or scary. But back in the day, people who lay inbetween were revered and respected; they were considered closer to God. It was believed that their prayers were more likely to be answered. And this truth is true for many ancient cultures. Like some Native American tribes recognize that there are multiple genders, at least five. And in those tribes, the ‘Two Spirit’ people, those who occupied both feminine and masculine, were especially respected. They were thought of as shamans, mystics, visionaries, warriors, the holders of sacred truths. They were also seen as having superior intellects, and more compassion. Now, we crush people like that, out of our own fears, or maybe repressed desire. But we don’t realize what we are crushing when we crush them. Not only are we crushing that person’s heart and soul, but we are also crushing gifts that come from God. Gifts that can nourish and enrich and heal our society.

Anyway, I’m jumping the gun, na? I should be telling you what happened with Farhad.

So last week Farhad gave me this letter telling me he liked men. Me and Nimko tried to process it. Then. We hid. Bas, like cowards, we hid. I went to my friends’ houses after school, or was always around Mama, or busy in my room. Even at dinner, or when we did bump into each other, I avoided making eye contact with him. He understood, I guess, and didn’t try to start a conversation or anything.

But after doing this for two or three days, I started feeling really sad, and thinking it must have been so hard for him to tell me this, and now I was acting so stupid. So, I went to his room.

He looked at me, then went back to his computer screen, ‘OK’

I sat on his bed for like five minutes. Messing around with his models; he makes paper mache models of birds wearing converse shoes and headphones.

‘I got your letter.’

Long pause. He kept looking at the laptop. So I continued.

And he turned around and he had tears in his eyes.

‘Haan. And … thanks for telling me that.’

‘Shugs,’ he said, ‘dude. Thanks for listening.’

Then I asked him, what’s he going to do now,

‘I mean. You’ll have to tell Mama Papa’

‘Bas. Shugs. People find ways. I already am living ‘that life’. You know?’

Then we went into detail. And I learned all those things I said earlier, about the shifting genders and sexualities and spectrums, and also how much acceptance there actually is in our community. And I even found out he’s already had a boyfriend. Eep! He told me he’s always known this about himself, and he started telling his friends two, three years ago. Now all his friends knew.

I got a bit angry then, that I was the last to know. That he had told his friends before me. I thought he trusted me. But it’s OK. He said I shouldn’t make it about me, and that it’s complicated. And he’s happy that I know now.

Then, I also asked him, what if I’m gay too? I mean, I really like girls. I prefer girls to boys sometimes. I don’t think in the love way, but how do I know? I’ve been brought up on all this DDLJ, Cinderella crap, so maybe I just think I’m not gay ‘cause I’ve never seen examples of the other thing. He laughed when I said that. He said, no, you just know. And anyway, I don’t need to worry about that. It’s not like a decision you have to make.

So yeah, I guess that’s all. It’s a new reality that I’m getting used to with. And there’s a lot of emotions coming up at once. I won’t lie, sometimes it’s hard for me. I thought he was one way, but he’s not. Lekin basically, I’m happy and honoured that he’s confided in me and is taking me along on his journey, and I’ll do the same with him. ‘Cause that’s what family does.