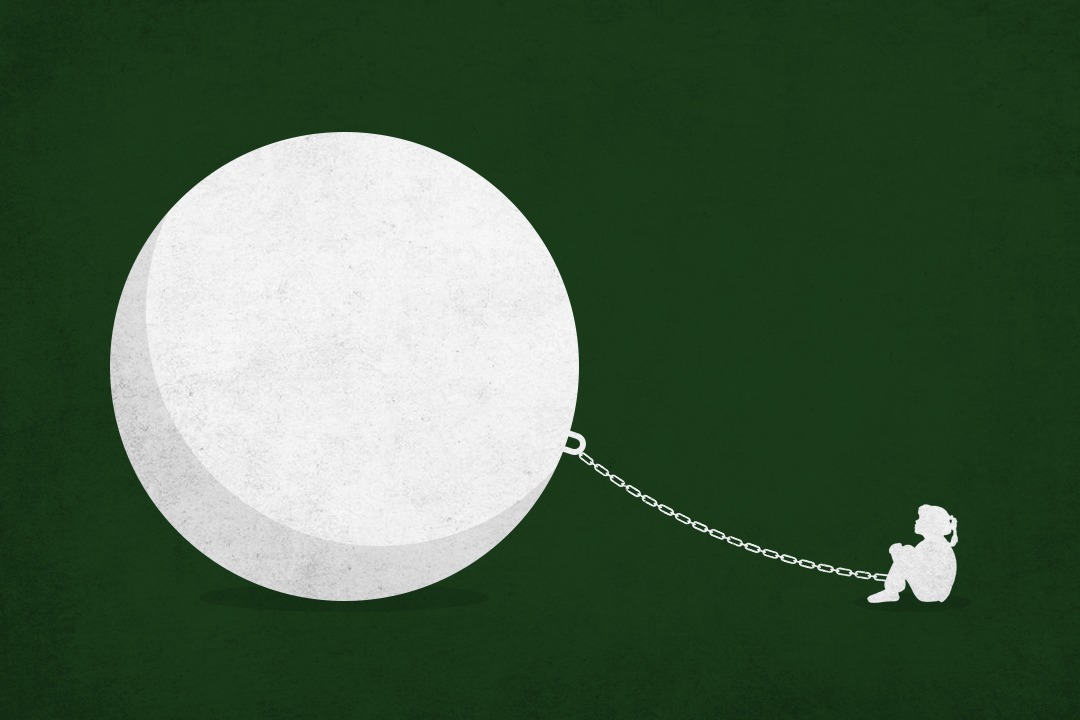 KARACHI: Unless you are Hira Mani, you must have heard of Dua Zehra’s kidnapping case. Her case has uncovered many horrible facets of our society that we like to keep under the rugs; the many horrors we do not speak about. Her case, similar to Nimra Kazmi, Umme Hani, and countless other female bodied cases, reminds us that Pakistanis, as a society, hate women. While one update after another follows the Dua Zehra case, let us question why the kidnapping has been open to discussion in the first place.

At first, when the news of her missing came out, most people were justifiably worried for her recovery. Later, when a video of her surfaced claiming that she had married off of her own free will, social media became rife with memes making fun of her and her parents. Social media comments were filled with people calling her out for choosing to hurt her parents and for doing something that is deemed immoral. We forgot, collectively, as a society, that this is a 14 (or 15, or 17, or 18) year old girl child we are speaking about. We forgot that the human brain continues to develop till the age of 25, and before that it is unable to make important life altering decisions. We forgot that Nikkah is a social contract that requires complete consent of both individuals and a child cannot give consent.

But how many people truly paused to rethink what this child must have been going through, leaving her parents’ house, whether to escape domestic abuse or not as it was first claimed, and to land at a complete strangers’ presence, whether on her own will or not? The fact remains that she had never met Zaheer before; both parties have claimed that. Are we now a society that would rather mock at someone’s misery than to offer some compassion? Through her father’s will, determination and resilience, the case has now reached a stage where she is under the custody of Child Protection services. This effort is undoubtedly commendable, and the sheer surprise that people feel at his efforts sheds light to another ugly facet of our society; fathers are often more willing to abandon their daughters who are victims of abuse than to unabashedly accept them and fight for them in public. When will we start rethinking the conditions that we create for fathers to resort to this behaviour?

Throughout this escapade, a lot of noise and havoc has been created by certain individuals claiming to be supporters of Dua Zehra. These individuals use the platform of YouTube to stream and upload videos dissecting each and every move made by Mehdi Ali Kazmi, and narrate stories of love between 14-year-old Dua Zehra and 21-year-old Zaheer Ahmed. The tactics that they have used to shame Dua Zehra’s father reveal more about our society than anything else. At first, they used the claim that Dua’s father was abusive. Later, the father’s marriage was questioned. As time progressed, so did their claims against Dua Zehra’s parents.

It is important to question what made these Youtubers think it is possible to silence the father’s efforts by assassinating his character on the basis of his marriage choice? What made their claims more grotesque in nature as time passed by, all of which questioned his character on the basis of abuse and power? The answer is simple; these individuals knew that in this society, there is nothing more sacred for a father than his daughter’s respect and honour and by attempting to malign those, the individuals attempt to silence him. Today, I ask you: should it be this easy for those that are abusing a girl to silence the victim? Should we continue to create conditions where a family’s honour and respect is associated with the daughter’s body? Frankly, by associating honor on a girl’s body, we inherently create conditions where girls do not feel safe and perhaps it is time to start questioning that.

In the most recent development, some of Dua’s pictures were leaked online. And that happened because we, as a society, have created conditions in which a girl child has to feel constantly scared. The move to post Dua Zehra’s pictures, without her consent, was done in order to scare her and her parents, in order to make the little girl feel that she has done something wrong by simply existing. Those who leaked these pictures know that the worst thing that can happen to a girl in this society is to be a victim of sexual harassment, and then to have that harassment be out there for the public to see. But when is this going to be enough? When are we finally going to start questioning those eyes, those hands, those minds that think it is ok to touch, to look, and to capture (both through photography and physically) girls without their consent? When are we going to create situations in which a girl child, that has been either forced to send compromising photos, or has sent them out of her own will, does not have to live under the fear of having those pictures available for the public to see? Is a girl’s body the only thing that matters?

Stop making girls carry this burden. Let’s be the change today for girls of the future. If you are someone who has seen nonconsensual photographs or videos whether on social media or other banned websites, please stop doing so. If you find joy, or other emotions of fulfillment, by viewing such content, please seek the help you need. Please stop forwarding it to your friends, on your WhatsApp groups, on social media, on torrent websites. Today, if your little sister, your little cousin or any girl you know is speaking to a guy, make them feel safe and comfortable enough with you that they can share their deepest secrets with you. Instead of shaming them for speaking to a boy, listen to them.

Teach your girls about consent and tell them that only they have complete ownership of their bodies. Tell them that if any individual is threatening them into sending photos, they never have to share it with them. Tell them of organizations like Digital Rights Foundation that work towards countering cyber harassment. Tell them they should not be afraid to carry their bodies. Tell them there is no shame in being a victim; it is the abuser that must carry that burden. Be there for them when their trust is broken by a person they loved and help them heal through the heartbreak instead of shaming and guilt tripping them.